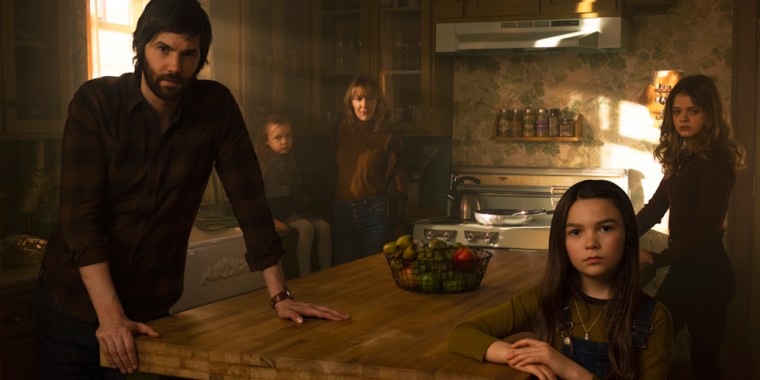 Apple today announced “Home Before Dark,” a dramatic mystery series inspired by the reporting of young investigative journalist Hilde Lysiak, and directed and executive produced by Jon M. Chu, has been renewed for a second season. The series will premiere its first three episodes Friday, April 3 exclusively on Apple TV+, and new episodes will premiere weekly thereafter every Friday.

“Home Before Dark” follows a young girl who moves from Brooklyn to the small lakeside town her father left behind. While there, her dogged pursuit of the truth leads her to unearth a cold case that everyone in town, including her own father, tried hard to bury.

“Home Before Dark” is produced by Paramount Television Studios and Anonymous Content.

The series joins a list of recently renewed Apple Originals set for a second season, including the critically acclaimed “Little America,” “Dickinson,” “See,” “Servant” and “For All Mankind.”

About Home Before Dark TV Show

Series inspired by Hilde Lysiak, a young investigative reporter who, at age 9, was the first to expose a murder in her hometown of Selinsgrove, PA, breaking the news in her self-started newspaper, Orange Street News

Apple today unveiled a first look at the highly anticipated second season of "Home Before Dark," which will make its global debut on Friday, June 11 on Apple TV+. The ten episode second season of the dramatic mystery series - which stars Brooklynn Prince and Jim Sturgess and is inspired by real-life young investigative journalist Hilde Lysiak - will debut with the first episode, followed by one new episode weekly, every Friday.

In season two, when a mysterious explosion hits a local farm, reporter Hilde Lisko (Prince) begins an investigation that will lead her to fight a powerful and influential corporation - with the health of her family and Erie Harbor in the balance.

A fan favorite since premiering on Apple TV+ in April 2020, "Home Before Dark" has generated strong critical acclaim, with press calling the series "captivating entertainment that never backs away from important issues," and lauding Prince's performance as Hilde as "simply astonishing... [she] gives it her all and it is a mighty thing."

"Home Before Dark" is produced by Paramount Television Studios and Anonymous Content.

How do you feel about this latest Home Before Dark news? Share your thoughts with us in the comments below and don’t forget to stay tuned for all the renew/cancel 2021-2022 and beyond news!