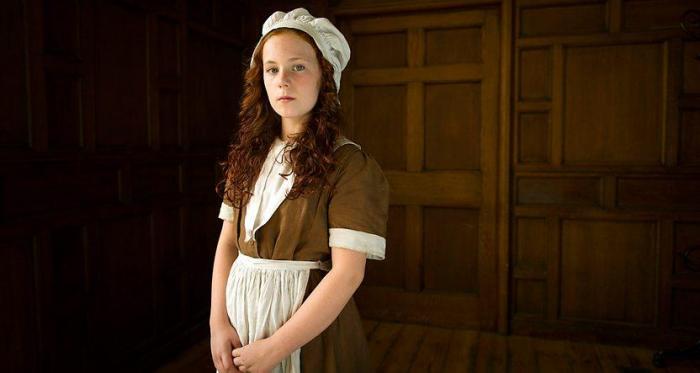 BYUtv, a family entertainment network available over cable, satellite and free streaming, today announced summer premiere dates of engaging scripted international acquisitions from the U.K., Australia, Canada and the U.S. These include the exclusive U.S. airing of the Australian Broadcasting Corporation’s action-adventure series “Itch,” as well as the Emmy-nominated dramedy “Holly Hobbie” (Canada’s Family Channel and Hulu) and the final season of CBBC’s Victorian drama “Hetty Feather” (season 6). The summer premiere schedule is as follows:

“BYUtv is always looking for the best content for families, no matter where it might be found worldwide,” said Michael Dunn, managing director of BYUtv. “This summer, we are honored to work with first-class partners in the U.K., Australia, Canada and the U.S. to bring ‘Hetty Feather,’ ‘Itch’ and ‘Holly Hobbie’ to the young people and their parents who depend on us for compelling, vibrant stories they can watch together.”

BYUtv will present the exclusive U.S. broadcast of “Itch,” which recently aired on the Australian Broadcasting Corporation’s ABC Me network. What happens when a source of unimaginable power falls into the hands of a teenage boy? When science-obsessed Itch discovers a powerful new radioactive element, he’s forced to go on the run to protect it from a sinister organization seeking to weaponize it. Based on the best-selling book by Simon Mayo, the 10-episode scripted series is a fast-paced, high-stakes action-adventure. “Itch” is a production of Komixx Entertainment (Netflix’s “The Kissing Booth,” Nickelodeon’s “Wanda and the Alien”).

“Holly Hobbie,” which streams on Hulu and airs on Canada’s Family Channel, is a current Daytime Emmy nominee in the Outstanding Children’s or Family Viewing Series category. Thirteen-year-old Holly Hobbie is an aspiring singer-songwriter who isn’t afraid to fight for causes she believes in, even if it ruffles feathers. She plans on saving the world someday but is happy to start in her small town of Collinsville. The 10-episode dramedy series is based on the Holly Hobbie brand introduced by American Greetings in 1967, which has earned more than $1 billion in licensed sales globally over the past 50 years.

In addition to the shows above, BYUtv’s programming slate this summer includes the special three-episode final season of “Hetty Feather,” a popular British children’s drama series from CBBC that follows the adventures and trials of an orphan living in a Victorian foundling hospital. BYUtv is also the home of original series “Dwight in Shining Armor,” a scripted adventure comedy in which the Middle Ages meets Middle America; teen comedy bootcamp “Wayne Brady’s Comedy IQ,” created and hosted by the Emmy-winning star; and the long-running sketch comedy series “Studio C,” which touts nearly two billion views on YouTube. BYUtv is available across the country via cable, satellite and multiple digital media platforms.

Based on the book by Jacqueline Wilson, Hetty Feather follows the adventures of a precocious orphan girl named Hetty (Isabela Clifton) and her foster brother Gideon (Dasharn Anderson) in 1880s London. Hetty's drive to uncover the secrets of her past is matched only by her desire to help her friends, who like Hetty and Gideon, are lowly servants in a hospital. Discover Hetty's irrepressible spirit in this heartfelt drama for the whole family.

Wondering how your other BYUtv, CBBC shows are doing? Check out the BYUtv, CBBC 2021 TV scorecard page, where you can find the cancel/renew status of all BYUtv, CBBC TV shows!

How do you feel about this latest Hetty Feather news? Share your thoughts with us in the comments below and don’t forget to stay tuned for all the renew/cancel 2021-2022 and beyond news!