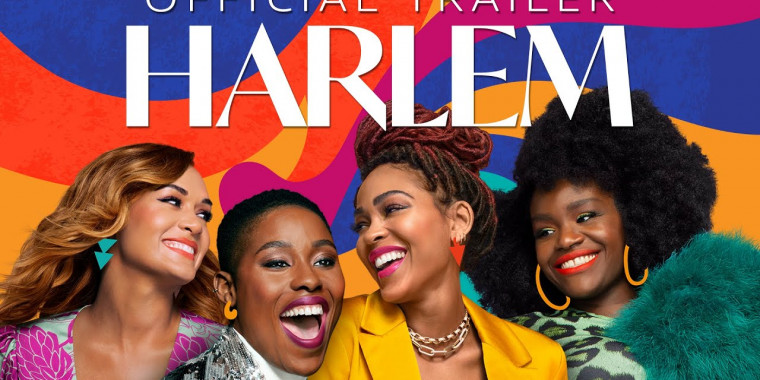 Amazon is returning to Harlem.

The streaming platform has renewed comedy Harlem for a second season, set to premiere later this year.

It was only right we got the crew back together for a very special announcement! @MeaganGood has the floor 👀 #HarlemEverAfter pic.twitter.com/emoJOZ40H8

Amazon Studios and Universal Television today announced that its much-discussed comedy, Harlem, has been picked up for a second season with a special message from executive producers (Tracy Oliver, Amy Poehler, and Pharrell Williams) and cast (Meagan Good, Grace Byers, Shoniqua Shandai, and Jerrie Johnson) HERE. The series, from Tracy Oliver (Girls Trip), sparked lots of chatter on social media when it premiered late last year with much of the conversation centered around celebrating the series for highlighting Black joy. Since premiere, Harlem has scored a GLADD Award nomination for its inclusive LGBTQIA+ storyline featuring a queer character in one of the lead roles, as well as a NAACP Award nomination for its authentic representation of Black culture. Season Two will return with its core group of four ambitious girlfriends, continuing to level up in New York's vibrant Harlem."

"When I walked into a bar in Harlem and overheard folks excitedly discussing the show, I knew we had a hit," said Oliver. "Harlem has resonated with so many people and I'm beyond grateful to Amazon for giving it a second season. Most of all, I'm excited to reunite with the beautiful cast."

"Culturally relevant, critically acclaimed, and hysterical, Harlem and Tracy Oliver accomplished something very special with the first season of this show. Tackling real-life strife with levity and laughs, the show means so much to our global Prime Video customers and perfectly fits the types of stories we aim to tell," said Vernon Sanders, head of global television, Amazon Studios. "We look forward to following the Season Two journey of Camille, Quinn, Angie, and Tye, and giving fans more reasons to laugh out loud as they cheer on these four dynamic Black women doing it their way. #HarlemEverAfter."

Created, written, and executive produced by Oliver, Harlem is a comedy following four stylish and ambitious best girlfriends in Harlem, the mecca of Black culture in America. Camille is a popular young anthropology professor at Columbia University who has an extensive knowledge of the dating norms of many cultures, but has a hard time navigating her own love life; Tye is a successful, queer dating-app creator who prefers keeping vulnerability - and romantic partners - at arm's length; Quinn is a hopeless romantic and trust-fund fashion designer who is trying to give back to the world while running a struggling business; Angie is a confident, vibrant, and filter-free singer and actress who also lives rent-free and fabulously with Quinn. Together, they level up from their 20s into the next phase of their careers, relationships, and big city dreams.

How do you feel about this latest Harlem news? Share your thoughts with us in the comments below and don’t forget to stay tuned for all the renew/cancel 2021-2022 and beyond news!