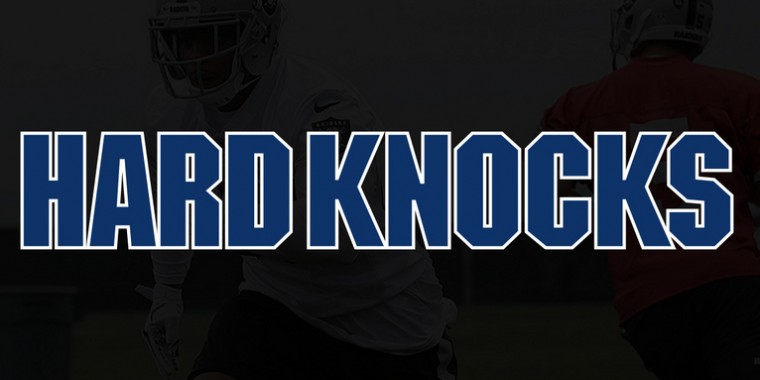 HBO Sports And NFL Films Return With An Unprecedented Edition Of Television’s Most Acclaimed Sports Reality Franchise When HARD KNOCKS: LOS ANGELES, Chronicling The Preseason Of The Chargers And Rams Debuts August 11, Exclusively On HBO

HBO Sports, NFL Films and the two Los Angeles-based NFL franchises are teaming up for an unprecedented and unfiltered all-access look at what it takes to make it in the National Football League when HARD KNOCKS: LOS ANGELES kicks off its five-episode season this summer. One of the fastest-turnaround programs on TV, the 15th edition of the 18-time Sports Emmy(R)-winning series debuts TUESDAY, AUG. 11 (10:00-11:00 p.m. ET/PT), with other hour-long episodes of the first sports-based reality series debuting subsequent Tuesdays at the same time, culminating in the Sept. 8 season finale.

The arrival of HARD KNOCKS each August is a unique NFL tradition and NFL FILMS and HBO Sports are making plans for all-new seasons of the most acclaimed serialized sports series on television.

One of sports television’s most successful and enduring partnerships, HBO Sports, NFL Media and NFL Films have reached agreement on a multi-year extension of the HARD KNOCKS franchise.

HBO Sports and NFL Films are partnering with "America's Team," the Dallas Cowboys, for an unfiltered all-access look at what it takes to make it in the National Football League in HARD KNOCKS: THE DALLAS COWBOYS. This season's five-episode series chronicles training camp with the five-time Super Bowl champion NFC East franchise and debuts TUESDAY, AUG. 10 (10:00-11:00 p.m. ET). Other hour-long episodes of the first sports-based reality series - and one of the fastest-turnaround programs on TV - debut subsequent Tuesdays at the same time, culminating in the September 7 season finale.

HARD KNOCKS will have encore plays Wednesday nights and will be available on HBO and to stream on HBO Max.

HARD KNOCKS: THE DALLAS COWBOYS will mark the 16th edition of the 18-time Sports Emmy(R) Award-winning series and the most acclaimed serialized sports series on television.

"We are thrilled that Hard Knocks will be returning this summer and excited for our return to the NFC East and the Dallas Cowboys franchise," says Jonathan Crystal, Vice President, HBO Sports. "We are beyond grateful to the Cowboys for opening up their doors and allowing HBO and NFL Films to spend the summer with one of the sport's world's truly iconic franchises as they prepare for the upcoming season."

Camera crews will head to the Cowboys' training camp in Oxnard, California in the next few weeks to begin filming, with the action heating up in August when the cinema verité show focuses on the daily lives and routines of players and coaches. This season of HARD KNOCKS marks the Cowboys' third time on the show having previously been featured in 2002 and 2008. HARD KNOCKS: THE DALLAS COWBOYS will be narrated by Liev Schreiber, marking his 15th season with the show.

"The Cowboys are one of the most storied franchises in NFL history and a team that elicits strong reactions from fans around the world," said Ken Rodgers, Vice President, Senior Coordinating Producer at NFL Films. "Tens of millions of fans love them, but just as many people love to hate them. Either way, when the Cowboys show up people watch, which makes them perfect for Hard Knocks. This year, their high-profile status as "America's Team" is paired with uniquely interesting storylines. We can't thank Mr. Jones and Coach McCarthy enough for letting us tell the story behind what we hope is the beginning of an exciting year in Dallas."

A 30-person NFL Films crew will be at Cowboys' training camp in Oxnard, shooting more than 1,750 hours of footage over the course of the series. Camera and sound crews will have unencumbered access to players' and coaches' meeting rooms, training rooms, living quarters and practice fields.

HBO has aired 77 memorable episodes and one anniversary special in its first 15 seasons. No other sports reality series can match the production excellence, critical acclaim, awards and audience numbers posted by HARD KNOCKS. Episodes have averaged 3.7 million viewers over the past five years.

Winner of 18 Sports Emmy(R) Awards to date, HARD KNOCKS launched with the Baltimore Ravens in 2001, followed by the Dallas Cowboys in 2002, and resumed in 2007 with the Kansas City Chiefs, subsequently spotlighting the Cowboys (2008), Cincinnati Bengals (2009), New York Jets (2010), Miami Dolphins (2012), Bengals (2013), Atlanta Falcons (2014), Houston Texans (2015) and Los Angeles Rams (2016). The 2017 edition chronicled the Tampa Bay Buccaneers and captured the Sports Emmy(R) for Outstanding Serialized Documentary. The widely acclaimed 2018 series with the Cleveland Browns earned two Sports Emmy(R) Awards for production excellence. The 2019 series spotlighted the Oakland Raiders as they played their final season in the Bay area before moving the franchise to Las Vegas. In an unprecedented programming move, the 2020 edition of the venerable series spotlighted both Los Angeles NFL teams: The Los Angeles Chargers and the Los Angeles Rams.

Ten of the last twelve teams featured on HARD KNOCKS have equaled or improved their win-loss record in the regular season. The Cleveland Browns launched the transformation of their organization on HBO and went from a winless 2017 season to coming within half a game (7-8-1) of a .500 campaign. The 2019 season saw the Raiders improve their record to 7-9 from the previous year's 4-12 mark. Both Los Angeles' teams, Rams and Chargers, improved their records in 2020 with two more wins from the previous year; with the Rams making the playoffs.

The Washington Post wrote, "Turning football players into people is what HBO's HARD KNOCKS series does so well. The massive scope, meticulous editing and time-hopping special effects that highlight a production under massive time constraints are all impressive, but it's the film crew's access to NFL players that makes the program special." NFL.com stated, "There are myriad reasons why HARD KNOCKS remains one of the best shows on television; it's ability to show us the human side of cutdown weekend is near the top," while USA TODAY wrote, "Players' lives and their hopes and dreams play out each NFL preseason on HARD KNOCKS. It's that month-long human drama that makes the show so profoundly compelling."

Winner of 133 Sports Emmy(R) Awards, NFL Films remains a gold standard in sports television, providing unprecedented access to and legendary storytelling about the sport of professional football. NFL Films is a part of NFL Media, the owned and operated media division of the National Football League, which is comprised of NFL Network, NFL Films, the NFL App, NFL.com and NFL RedZone.

How do you feel about this latest Hard Knocks news? Share your thoughts with us in the comments below and don’t forget to stay tuned for all the renew/cancel 2021-2022 and beyond news!