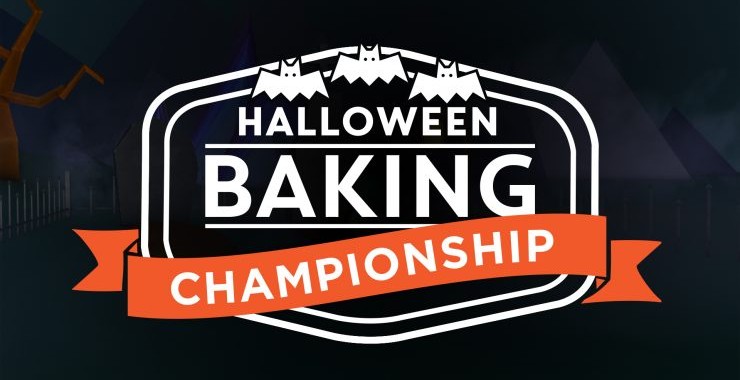 FOOD NETWORK GETS INTO THE HALLOWEEN SPIRIT WITH LARGEST OFFERING YET FEATURING ALL-NEW SERIES, SPECIALS AND RETURNING FAVORITES TO HELP VIEWERS EAT, DRINK AND BE SCARY

Food Network delivers thrills and chills dedicated to the scariest season of them all with almost 35 hours of thematic programming, the most ever, featuring out of this world Halloween-themed showcases and sensational works of edible artistry. Food Network is getting viewers into the Halloween spirit with new series Outrageous Pumpkins, returning seasons of Halloween Baking Championship and Halloween Wars, as well as specials Halloween Freakshow Cakes, Halloween Wars: Legends, Road to Halloween Wars and Worst Cooks in America: Halloween Redemption, along with themed episodes of recurring series.

“Food Network has been the go-to destination for Halloween through the years, offering programming that showcases edge of your seat, nerve-wracking competitions with mind-blowing Halloween creations that viewers have come to expect and love,” said Courtney White, President, Food Network. “With new series like Outrageous Pumpkins taking the action out of the studio, along with returning favorites like Halloween Baking Championship and Halloween Wars, this season is sure to deliver all the frights and delights fans are hoping for.”

On Sunday, September 13th at 8pm ET/PT, Road to Halloween Wars returns to highlight the next talented crop of pumpkin carvers, cake and sugar artists, set to compete on the new season of Halloween Wars. Witness how these Halloween warriors train in the weeks and months before the competition begins, and don’t miss the new season premiering directly after on Sunday, September 13th at 9pm ET/PT. Host Jonathan Bennett returns to challenge six teams made up of an expert pumpkin carver, a cake artist, and a master sugar artist, as they create frighteningly fun and intricate edible displays over five episodes that are spooky as they are tasty. Their creations are judged by award-winning cake decorator Shinmin Li, horror film special effects master Todd Tucker, and a rotating panel of celebrity guest judges, including Guillermo Díaz (Scandal), Jocelin Donahue (Insidious: Chapter 2), Marisol Nichols (Riverdale), Katie Sarife (Annabelle Comes Home) and Jeremy Ray Taylor (IT). The last team standing takes home $50,000.

For the first time ever, three teams composed of reigning Halloween Wars champions face off against each other to see who will be victorious in the two-episode special Halloween Wars: Legends, airing on Sunday, October 18th at 9pm ET/PT and Sunday, October 25th at 9pm ET/PT. Each episode features the returning champions competing in Halloween-themed challenges that feature twists and turns at every corner, as the teams aim to impress judges Shinmin Li and Todd Tucker with their amazingly spooky Halloween displays for $20,000 and ultimate Halloween Wars bragging rights!

New series Outrageous Pumpkins premieres on Sunday, September 13th at 10pm ET/PT. In this four-part series hosted by Alyson Hannigan, a traditional Halloween pastime is taken to the next level as seven expert pumpkin carvers compete at an outdoor pumpkin playground for the title of Outrageous Pumpkin Champion and a sweet $25,000 Halloween treat. Each week the carvers compete in two outrageous challenges that test their creativity and pumpkin prowess as they sculpt gravity-defying scenes that celebrate Halloween, with puppeteer and artist Terri Hardin and master pumpkin carver Ray Villafane judging their every move.

Four former Worst Cooks recruits come back to Boot Camp in the new Halloween special, Worst Cooks in America: Halloween Redemption, premiering Sunday, October 11th at 10pm ET/PT. Chefs Anne Burrell and Carla Hall welcome back the culinary hopefuls for a shot at redemption, as they must learn how to make a holiday spread for the scariest night of the year – Halloween. The recruits start by making a dish using a mystery ingredient they have been assigned; after Anne and Carla pick their teams, the chefs will teach them to make a buffet for a Halloween gathering. In order to win a kitchen upgrade worth $5,000 and bragging rights, the recruits must impress a panel of culinary experts, including a whole party of Halloween fanatics.

Get into the Halloween fun on the four-episode series Halloween Freakshow Cakes, with double premieres on Sunday, October 18th at 10pm ET/PT and Sunday, October 25th at 10pm ET/PT. In each episode of this one of-a-kind cake showdown co-hosted by Vivian Chan and Zac Young, three sinister cake artists step into a side-show tent to whip up the freakiest cakes imaginable. The baker who showcases the most wildly imaginative and hair-raising cake design wins $10,000 and the title of Halloween Freakshow Champion.

New "Ghostober" series, specials and returning favorites launch in September beginning with a new season of HALLOWEEN BAKING CHAMPIONSHIP (September 13). This time, the bakers create killer treats that pay homage to quintessential 1980s horror films. The baking fun continues when HALLOWEEN WARS (September 19) returns with a new season featuring Ghost Adventures star Zak Bagans, who lends creepy inspiration from his Haunted Museum collection to challenge the teams to create frightening confections. But it only gets scarier as disastrous cooks face their fears in the kitchen and tackle terrifying ingredients in the new special, WORST COOKS IN AMERICA: HALLOWEEN REDEMPTION 2 (September 26).

Halloween Baking Championship returns with more hauntingly delectable treats. Judges Carla Hall, Katie Lee and Zac Young, join host John Henson to test the skills of eight talented bakers who must show off their skills over six episodes with terrifyingly delicious challenges. From skeleton desserts to monster madness, only one baker can frighten the competition for a chance to win the $25,000 grand prize and to be featured in Food Network Magazine. Fans that can't get enough of the scary competition, go behind the scenes with the digital companion series, Halloween Baking Championship: Extra Sweet. Spend a day with the judges as they are transformed into otherworldly creatures, and watch the crew build the sets and prep the pantry for the season's creations.

How do you feel about this latest Halloween Baking Championship news? Share your thoughts with us in the comments below and don’t forget to stay tuned for all the renew/cancel 2021-2022 and beyond news!