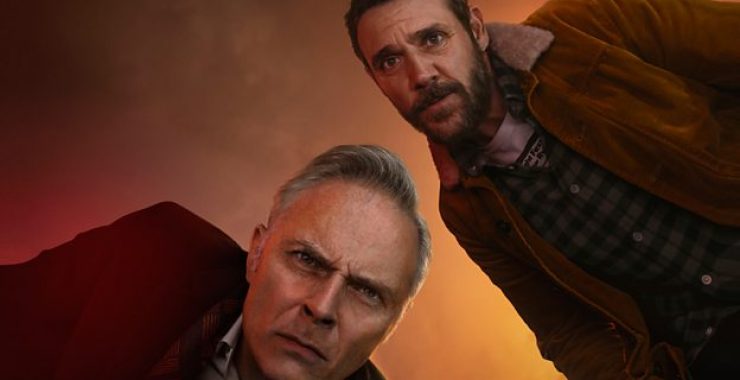 Neil Forsyth’s Guilt was a dark gem in last year’s schedules and I am delighted that it is returning for a new series. His sharp writing, and the wonderful performances, weaved a brilliant tale of lies, deception and skulduggery.

Following the success of the acclaimed award-winning drama Guilt, BBC Two and BBC Scotland have announced that it will return for a second four-part series.

Written by Neil Forsyth (Eric, Ernie And Me, Bob Servant) and co-produced by Expectation and Happy Tramp North, Guilt aired on both BBC Two and on BBC Scotland in 2019. To date, the joint commission has been watched by over three million people across the UK, with more than half a million of those in Scotland and was one of the top-three most-requested BBC Scotland titles on BBC iPlayer.

Guilt will air on both BBC Two and BBC Scotland in 2021 with filming on series two (4 x 60) expected to start in Scotland later this year, following government guidelines around coronavirus.

Last year, Guilt was warmly received and critically acclaimed by media across the UK:

“A tremendous black-comedy thriller… it expertly mines an uncontrollable situation for dark laughs, while regularly hitting you with cracking plot twists” – Radio Times

“There’s a lot of telly about at the moment, but this is a notch or two above most. Neil Forsyth’s scripts are precise and darkly witty, his characters believable and entertaining” – Will Gompertz, BBC (five stars)

“This is the kind of programme we all hoped the new BBC Scotland channel would start producing… homegrown, quality drama with a local, all-star cast and crew, and a series which showcases Scotland’s talent and humour in the smartest of ways. More of this, please” – Daily Mail

The first series starred Mark Bonnar and Jamie Sives as two disparate brothers, united by guilt when they accidentally run over and kill an old man on a darkened street. Other cast included Emun Elliot, Bill Paterson, Sian Brooke, Ruth Bradley and Ellie Haddington. Casting for series two will be announced in the coming months.

Patrick Holland, Controller, BBC Two, says: “Neil Forsyth’s Guilt was a dark gem in last year’s schedules and I am delighted that the team is returning for a new series. It was a real treat to have Neil’s sharp writing and the wonderful performances, weaving a brilliant tale of lies, deception and skulduggery. Audiences across the UK await series two with relish.”

Steve Carson, Head of Multi-Platform Commissioning, BBC Scotland, adds: “Guilt was, without a doubt, one of the highlights of our year on BBC Scotland and we’re thrilled to bring it back for a second series. Neil Forsyth’s ability to marry comedy and drama together and the brilliant cast that brought his scripts to life made for compelling viewing and made Guilt a must-see moment on TV and BBC iPlayer.

“With guilt finally catching up with the characters at the end of the last series, who knows what direction Neil will take them in the new series?”

Neil Webster, Executive Producer, Happy Tramp North, says: “Here we go again. We can’t wait to bring more of Forsyth’s light and shade to the world. Series two is going to be a corker.”

Nerys Evans, Creative Director, Comedy, Expectation adds: “Neil set a high bar with his fantastic scripts on series one, so I’m really excited to hear the new twists and turns he has in store for series two.”

The drama is commissioned by Shane Allen, Controller Comedy Commissioning; Steve Carson, Head of Multi-Platform Commissioning BBC Scotland; and Patrick Holland, Controller BBC Two. The Commissioning Executives for the BBC will be Gregor Sharp and Gavin Smith and the indie executive producers will be Neil Webster for Happy Tramp North and Nerys Evans for Expectation. Guilt will be internationally distributed by BBC Studios.

An original drama set in Edinburgh and written by Neil Forsyth (Eric, Ernie And Me, Bob Servant).

When brothers Max and Jake unwittingly run over and kill an old man, their attempts to cover it up trigger consequences that neither of them could ever have imagined.

Guilt is a new four-part drama from Scotland with riveting plot twists and a strong vein of black humour. Starring Mark Bonnar (Catastrophe, Line Of Duty) and Jamie Sives (Chernobyl, Game Of Thrones) as Max and Jake - two estranged brothers thrown together by tragedy and united by guilt.

In a residential street in Edinburgh, two disparate brothers, high-flying lawyer Max (Mark Bonnar) and record shop owner Jake (Jamie Sives) accidentally run down an old man, Walter, on their way home from a wedding. Uninsured and under the influence, Jake is persuaded by Max to cover up their deathly deed.

However, their hopes that the death will be passed off as natural causes are dashed when neighbours and relatives begin to suspect Walter’s death wasn’t as innocent as it seems. The brothers find their lives rapidly falling apart as their actions begin to catch up with them.

Their increasingly desperate attempts to conceal their guilt leads them further into a world where everyone seems to have a hidden agenda and they discover they can trust no-one - including each other.

How do you feel about this latest Guilt news? Share your thoughts with us in the comments below and don’t forget to stay tuned for all the renew/cancel 2021-2022 and beyond news!