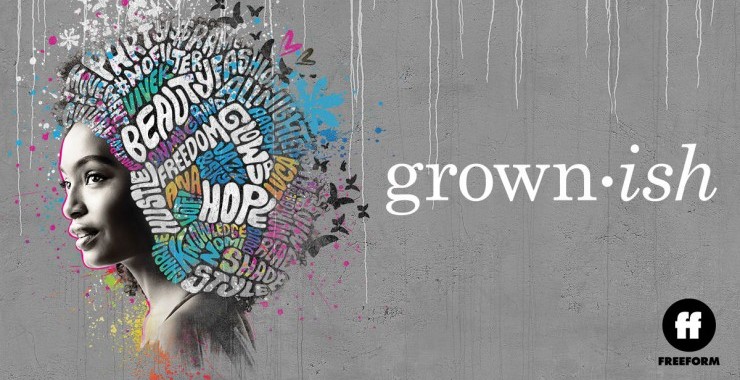 Freeform’s fan-favorite series “Good Trouble,” which had its season two finale in March, will return to the network next year for season three. Starring Maia Mitchell, Cierra Ramirez, Sherry Cola, Tommy Martinez, Zuri Adele, Emma Hunton, Josh Pence and Beau Mirchoff, the series follows residents of Downtown Los Angeles’ The Coterie as they deal with the consequences of their personal and professional decisions and realize that sometimes standing up for what you believe in comes at a price. “Good Trouble” is co-created by Joanna Johnson, Peter Paige and Bradley Bredeweg. Gregory Gugliotta, Christine Sacani, Maia Mitchell, Cierra Ramirez, Jennifer Lopez, Elaine Goldsmith-Thomas and Benny Medina also serve as executive producers. A special video message from stars and executive producers Maia Mitchell and Cierra Ramirez can be viewed here.

Freeform’s limited scripted series “Love in the Time of Corona,” from “Good Trouble”‘s Joanna Johnson, will go into production this summer and premiere in August. This four-part romantic comedy series is a funny and hopeful look at the search for love, sex and connection during this time of social distancing. Also this summer, fan-favorite series “The Bold Type” returns on THURSDAY, JUNE 11, at 10:00 p.m. EDT/PDT, continuing its fourth season.

CELEBRATE THE HOLIDAYS HOWEVER THE FF YOU WANT ON FREEFORM

With the success of Freeform’s “31 Nights of Halloween,” “Kickoff to Christmas” and “25 Days of Christmas,” the network has become the number one destination for holiday programming of all kinds. The Halloween and Christmas programming blocks will be back and bigger than ever in 2020, continuing to delight viewers in the holiday spirit. “31 Nights of Halloween” will once again feature the classics “Hocus Pocus” and “Ghostbusters,” while “25 Days of Christmas” will bring you “The Santa Clause” trilogy and be the cable home of “Frosty the Snowman” and “Rudolph the Red-Nosed Reindeer.” Building off of this year’s inaugural Valentine’s Day stunt “Love However the FF You Want,” the network will bring back the event in 2021 to celebrate the funnier side of love. In Summer 2021, Freeform will launch its newest programming block, “Summer Singalong,” featuring great movies with great music, including the network premiere of Disney’s live-action film “Aladdin,” keeping the celebration going all year round.

As the final season of "black-ish" comes to a close and the current "grown-ish" class graduates Cal U, the beloved "-ish" universe continues with Emmy(R)-nominated "grown-ish" picked up for a fifth season. "black-ish" star Marcus Scribner heads over to join his TV sister Yara Shahidi on the Freeform spinoff, reprising his role as Andre Johnson Jr. as he embarks on his own journey to being "grown."

"grown-ish," which is currently in its fourth season and airs on Thursdays at 10 p.m. on Freeform and streaming the next day on Hulu, follows Zoey and her classmates on the road to graduation.

The final season of "black-ish" returns with new episodes on Tuesday, March 22, on ABC, and all seasons are available to stream on Hulu.

Scribner is an NAACP Image Award recipient for Outstanding Supporting Actor in a Comedy Series and is represented by CAA, Artists First, imPRint and Del Shaw Moonves. Alexander is represented by WME, Map Point Management and Gang Tyre, and Lilly by UTA, Ben Jacobson at The Framework Collective and attorneys Jeff Frankel and Mike Castrillo at McKuin, Frankel, Whitehead.

Additional casting news to come at a later date.

How do you feel about this latest Grown-ish news? Share your thoughts with us in the comments below and don’t forget to stay tuned for all the renew/cancel 2021-2022 and beyond news!