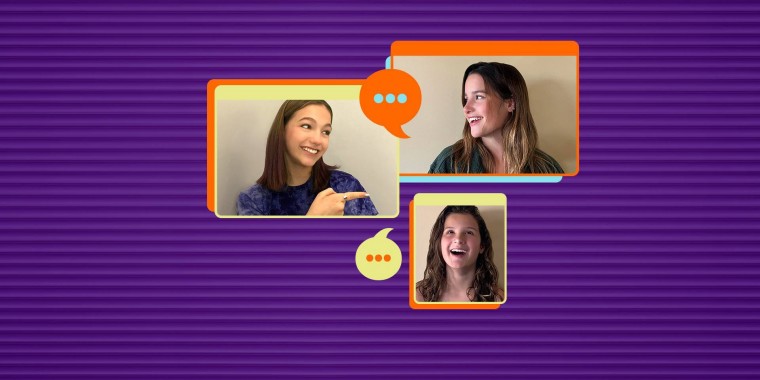 Nickelodeon has ordered an additional seven episodes of its remotely produced talk show Group Chat and nine episodes of its game show Nickelodeon’s Unfiltered. Social media star Brent Rivera, who has amassed over 73 million followers across his social media platforms, joins current co-host Jayden Bartels for Group Chat with Jayden and Brent. Rivera also serves as executive producer on the series. Nickelodeon’s Unfiltered will return with new episodes beginning Saturday, Sept. 5, at 8 p.m. (ET/PT), followed by the premiere of Group Chat with Jayden and Brent at 8:30 p.m. (ET/PT) on Nickelodeon.

Group Chat with Jayden and Brent is a video chat rundown of the week’s latest hot topics, taken directly from what kids love and are talking about across social media. Each episode introduces audiences to different celebrity guests as they play games and give viewers insight into their lives. Celebrity guests who have appeared to date include: Ben Simmons, Anna Cathcart, Alex Wassabi, Peyton List and Johnny Orlando, as well as cast members of The Kissing Booth 2 (Joel Courtney, Joey King, Maisie Richardson-Sellers and Taylor Zakhar Perez) and Feel the Beat (Sofia Carson and Wolfgang Novogratz).

In Nickelodeon’s Unfiltered, hosted by actor and comedian Jay Pharoah, panelists Lex Lumpkin and Gabrielle Nevaeh Green from All That, along with America’s Got Talent winner Darci Lynne, must guess the identities of virtually disguised celebrity guests, who are hidden behind an animated 3D filter and voice changer. The panel works to decipher the mystery through rounds of Q&A, wacky trivia and hilarious game competitions. Mystery guests who have appeared to date include Chance the Rapper, David Dobrik, Iain Armitage, Liza Koshy, Gabriel Iglesias, Asher Angel and Candance Cameron Bure.

The first season of “Group Chat,” which Bartels co-hosted with Annie LeBlanc, debuted May 23 and ranked as the number-one unscripted live-action show on cable with kids 6-11 in the second quarter of 2020. Nickelodeon’s Unfiltered premiered on July 11 and is currently the number-one ranked unscripted live-action show across all TV with kids 6-11 to date.

About Group Chat With Jayden and Brent TV Show

Group Chat: The Show (six episodes) is a new pop culture talk show hosted by Annie LeBlanc and Jayden Bartels, co-stars of Nickelodeon's Side Hustle. Each episode will also feature Hayley LeBlanc (Mani), along with fan-favorite stars, as they talk about the hottest trend topics of the week based on what kids are currently discussing across social media, play games and compete in challenges--all via video chat. Group Chat: The Show premieres Saturday, May 23, at 8:30 p.m. (ET/PT).

How do you feel about this latest Group Chat With Jayden and Brent news? Share your thoughts with us in the comments below and don’t forget to stay tuned for all the renew/cancel 2021-2022 and beyond news!