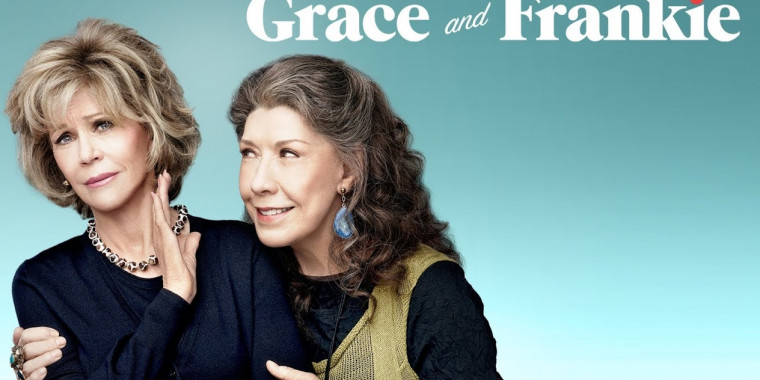 Seven years ago, Grace and Frankie’s lives turned upside down when their longtime husbands left them for… each other. Both sparring partners and partners-in-crime, Grace and Frankie formed an unlikely and unbreakable bond as they faced uncertain futures head-on, and hand-in-hand. They’ve laughed together, cried together, did shrooms together, and twice-over became successful entrepreneurs together. A history-making 94 episodes later, Grace and Frankie continue to show themselves, their families, and their fans what it means to live life to the fullest, fearlessly and unapologetically. Here’s to seven seasons of laughs, tears, mood-enhancers, and good vibes. And, as Grace and Frankie would say, fuck it. This may be their final chapter, but they’re just getting started.

About Grace and Frankie TV Show

In this irreverent and touching series, Jane Fonda and Lily Tomlin star as Grace and Frankie, a pair of frenemies whose lives are turned upside down - and permanently intertwined - when their husbands leave them for each other. Together, they must face starting over in their 70s in a 21st century world. The series also stars Martin Sheen, Sam Waterston, Brooklyn Decker, Ethan Embry, June Diane Raphael and Baron Vaughn. Created by Marta Kauffman (Friends) and Howard J. Morris (Home Improvement), the series is produced by Skydance Productions and executive producers Kauffman, Morris, Fonda, Tomlin, Paula Weinstein, David Ellison, David Goldberg and Marcy Ross.

How do you feel about this latest Grace and Frankie news? Share your thoughts with us in the comments below and don’t forget to stay tuned for all the renew/cancel 2021-2022 and beyond news!