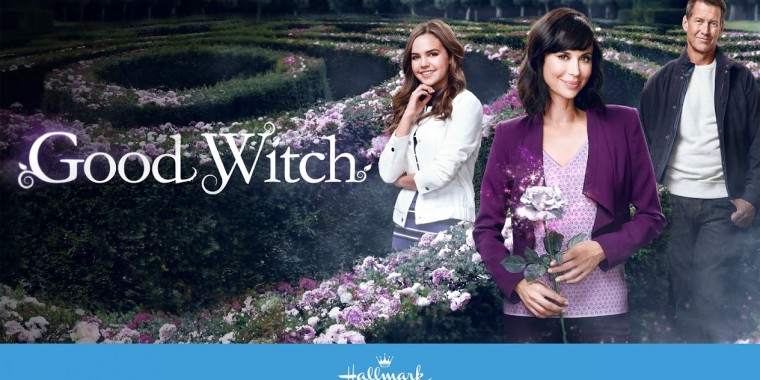 STUDIO CITY, CA – October 1, 2021 – Hallmark Movies Now, Crown Media Family Networks’ standalone streaming service, becomes the definitive source for all things “Good Witch” when all seven seasons and 13 movies of the popular franchise become available Friday, October 1. Hallmark Movies Now is the home for fans and new viewers to find all “Good Witch” programming in one place. Over 50 hours of “Good Witch” will all be in one place just in time to celebrate the Halloween season.

“Good Witch” centers on Cassie Nightingale, proprietor of Middleton’s bed-and-breakfast, Grey House, as well as the Bell, Book & Candle shop. Using her special intuition, Cassie helps her family, friends and Grey House guests find just what they need in life and in love.

"'Good Witch' has enchanted viewers for over a decade with eight original movies, in addition to the seven-season series," said Randy Pope, SVP, programming & development. "We thank our leads whose chemistry and talent made 'Good Witch' such a beloved and uniquely special viewing experience: Catherine Bell, who has brought the inimitable Cassie Nightingale to life for 13 years, and James Denton, who as Dr. Sam Radford has added so much charm and humor to the series. We also extend our gratitude and thanks to the entire cast and crew for their dedication and hard work."

Catherine Bell has starred as the lead character Cassie Nightingale for a magical 13 years when Hallmark viewers were first introduced to her in the 2008 original movie "The Good Witch." The popularity of Cassie and her adventures in the bucolic town of Middleton led to seven more movies. In 2015, the franchise was adapted as a primetime series that enjoyed seven enchanting seasons.

How do you feel about this latest Good Witch news? Share your thoughts with us in the comments below and don’t forget to stay tuned for all the renew/cancel 2021-2022 and beyond news!