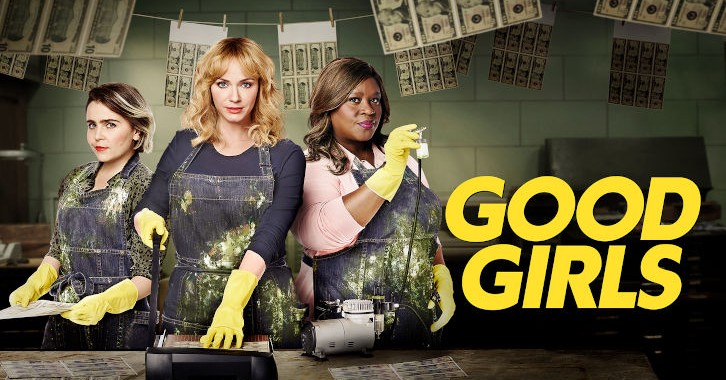 Check out the cast renewal announcement video below:

The fourth season of Good Girls is slated to premiere in 2021.

When three suburban moms get tired of trying to make ends meet, they decide it’s time to stick up for themselves by robbing the local grocery store.

NBC has renewed its hit drama "Good Girls" for a fourth season.

"Good Girls" has averaged a 0.9 rating in adults 18-49 and 3.4 million viewers overall in "live plus seven day" Nielsens, with the show's Feb. 16 season premiere growing to a 3.3 rating in 18-49 and 7.8 million viewers with digital and linear viewing recorded to date.

· The show derives 58% of its 35-day 18-49 rating from digital sources and has seen its digital 18-49 viewership grow this season versus last by 50%, making it NBC's #2 show this season on digital platforms.

How do you feel about this latest Good Girls news? Share your thoughts with us in the comments below and don’t forget to stay tuned for all the renew/cancel 2021-2022 and beyond news!