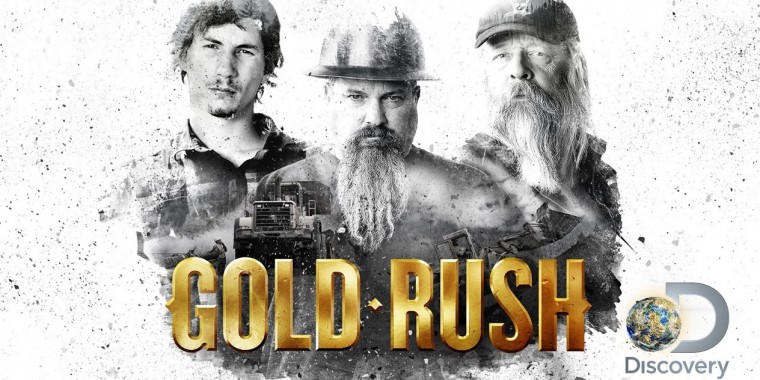 When a global pandemic shut down the world in March 2020, markets crashed and rocked the U.S. economy. However, with economic uncertainty comes great opportunity for those who can seize upon the moment. And in the goldfields across North America, the opportunity of a lifetime awaited as gold prices spiked to record highs and the price of fuel, a miner’s biggest expense, bottomed out. In this all-new season of GOLD RUSH, seasoned gold miners are joined by greenhorn miners eager to forge their own destinies and gamble like never before in pursuit of the greatest pay day of their lives. The all-new season of GOLD RUSH premieres with a two-hour special Friday Oct. 23 at 8PM ET/PT and will continue to air Fridays at 8PM ET/PT for the remainder of the season.

Gold miners Parker Schnabel, Tony Beets and Rick Ness take massive gambles this season as they face the worst time crunch ever as the gold fields opened two months late because of COVID-19. And joining GOLD RUSH this season is ex-special forces medic and greenhorn miner Fred Lewis who takes his destiny into his own hands as he strikes out with a band of out of work veterans in the hopes to hitting it big in the gold fields of Oregon.

Parker Schnabel arrives in the Yukon one month late with massive ambitions to expand his mining business beyond the Klondike. His goal is to bank enough gold to buy new ground and he’s determined not to let the COVID-19 pandemic slow him down. As soon as he can, Parker assembles his crew and doubles down – opening two enormous operations. This season, Parker will rely more than ever on his crew to keep his operation running while he heads out to prospect new ground in Alaska and beyond. But with gold prices spiking, the cost of rich ground also goes up, so the pressure is on co-foremen Mitch and Brennan, and rookie plant boss Tyson to battle breakdowns and disasters to make the team enough gold to afford new ground.

After two seasons of missed goals, Tony Beets is ready to take advantage of the perfect mining conditions. If he can identify the last of the virgin ground on Paradise Hill, this could be a record season for him, ensuring the success of the future Beets generation. Tony is determined to hit his goal of mining out the massive Mega Cut in just one year. It’s an ambitious engineering feat that require the Beets family to move massive tons of earth. To be successful, Tony will have to dig deep into his arsenal of mining equipment.

Rick Ness can’t afford another season of failures. For years he has worked with mining prodigy Parker Schnabel, rising to rank of foreman. Two years ago, Rick struck off on his own. After a strong debut, he suffered a major setback last year and lost all his profits, leaving him in the position to barely break even. To make matters worse, half his crew deserted him. Rick treads a troubled track; if he doesn’t turn a profit this year, his mining career is over. And he starts the season behind schedule with just two of his buddies to help him get started. But this time Rick will not let the challenges stop him from achieving success. With Karla and Kruse, he heads to new ground in the mountains above Keno – the land of massive nuggets – for his last shot at striking it rich in gold.

As millions of Americans face unemployment during COVID-19, special forces veteran and rookie miner Fred Lewis risks everything and heads to the mountains of Oregon looking for a gold mine of his own. With fellow veteran and experienced miner Kendell Madden, Fred leases a piece of ground with huge prospects. When his test run shows good gold, they assemble a band of down on their luck ex-servicemen and women eager to turn around their fortunes. Following in the footsteps of countless Americans who’ve sought their fortune in the wilderness, this band of brothers will be tested like never before on their quest to control their own destinies and hit the motherlode.

(LOS ANGELES) - The gold mining season is about to begin... and this year means war. With the price of gold holding near record highs, each miner is battling to find and mine the best ground. But with most of the good ground tied up, they are forced to dig deeper and go further into the wilderness in search of the motherlode. Discovery's #1-rated show GOLD RUSH returns for its 12th season on Friday, September 24 at 8 PM ET/PT and streaming on discovery+.

This year mining prodigy Parker Schnabel finds himself with his back against the wall. After years of growing gold totals, the 26-year-old is running out of ground - forcing him to gamble on a narrow paystreak that could be the richest he's mined. But there's a big problem... it's more than 50 feet below the surface. To get down to paydirt he'll have to spend millions. Will Parker finally stumble? Or will he notch another record breaking gold total? As he taps out his Klondike claims, he also travels deep into the Alaskan wilderness in search of his next big claim.

Returning this season is King of the Klondike himself, Tony Beets. Tony has spent four decades building a family gold mining empire. This year, he's putting it all on the line to cash in on his life's work with the goal of mining 9,000 ounces - worth upwards of $16 million at today's prices. For most of Tony's career, he's been buying up gold-rich ground in the Yukon. This season, Tony has big plans to re-open his Indian River operation and has spent more than $5 million in new gear to mine it and the Paradise Hill claims 24/7. There is just one big problem. There is no water license on the Indian river. Will all the pieces come together in time before the new season? And will Tony and his family be able keep up with the grueling work to mine that much gold?

Also returning this season is Rick Ness, who starts the year on a hot paystreak and ahead of schedule. Rick is coming in swinging by doubling down and going for 2,000 ounces of gold, the most he's ever mined. But Rick starts the season off as a captain without a crew. Two of his key teammates don't return, leaving him to supersize his operation's horsepower to make up for the lack of manpower. Rick breaks out a massive half million-dollar dozer - one of the biggest you can buy - as well a massive new excavator. Will the comeback kid finally end up on top?

Meanwhile, special forces veteran Fred Lewis is also back. After striking out in Oregon last season, Fred is driving into the Yukon with the dream to make it as a gold miner and provide a windfall for his all-veteran crew. He cannot fail again. Upon arriving in the Yukon, Fred reaches out to the only person he knows - Parker Schnabel. Will Fred be able to muscle in on some ground in the Klondike?

This season of GOLD RUSH is unlike any other as each of the miners and their crews battle the odds and the elements in the hope of finding millions in gold. There's a ground war in the inhospitable wilderness of the Klondike. But one thing is certain, once gold fever strikes, these crews will never give up.

Also returning this year is THE DIRT, premiering November 5 at 10 PM ET/PT on Discovery, with a whole new look and format. Christo Doyle, original host of THE DIRT and bona fide GOLD RUSH expert, is leaving the studio behind to head out on to the gold claims - this time to reveal firsthand what life is really like for the miners when the GOLD RUSH cameras aren't running. Christo on the claim will dig deep into a side of mining life never seen before.

THE DIRT is produced for Discovery Channel by Public School Productions. Christo Doyle is Executive Producer and host. Mags Miller is the Show Runner.

How do you feel about this latest Gold Rush news? Share your thoughts with us in the comments below and don’t forget to stay tuned for all the renew/cancel 2021-2022 and beyond news!