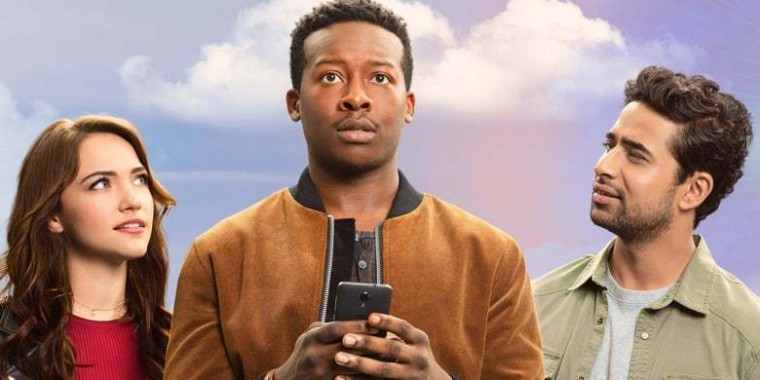 Is this what they call God mode?

CBS has unfriended and cancelled God Friended Me after two seasons.

CancelledSoonTV.com has just received word that the supernatural comedy-drama has been axed.

The decision not to renew God Friended Me Season 3 comes in light of less-than-steller ratings for the show’s sophmore season.

CBS and producer WBTV offered the following in wake of the cancellation:

We’re extremely proud of the unique concept and uplifting stories God Friended Me has told over the past two seasons.We thank the brilliant cast, writers, production team and crew for a show that stirred thoughtful conversation about faith, life and happiness, and made viewers feel good at the end of each episode.

The creative team behind the show has one last “friend suggestion” in mind, as well as an ending we hope brings a satisfying conclusion to Miles’ journey in search of the God Account.”

As such, God Friended Me will not return for the 2020-21 season. See the status of all CBS TV shows.

With word from above, the Season 2 and now series finale of God Friended Me will conclude with a two-hour series ender on April 26 at 8-10PM.

About God Friended Me TV Show

Gd Friended Me stars Brandon Micheal Hall in a humorous, uplifting drama about Miles Finer (Hall), an outspoken atheist whose life is turned upside down when he receives a friend request on social media from God and unwittingly becomes an agent of change in the lives and destinies of others around him. After repeated pokes by God, Miles' curiosity takes over, and he accepts the ultimate friend request and follows the signs to Cara Bloom (Violett Beane), an online journalist. Brought together by the "God Account," the two find themselves investigating God's friend suggestions and inadvertently helping others in need. Miles is set on getting to the bottom of what he believes is an elaborate hoax, but in the meantime he'll play along and, in the process, change his life forever. Steven Lilien & Bryan Wynbrandt, Greg Berlanti, Sarah Schechter and Marcos Siega are executive producers for Warner Bros. Television and CBS Television Studios. Siega directed the pilot from a script by Lilien & Wynbrandt.

How do you feel about this latest God Friended Me news? Share your thoughts with us in the comments below and don’t forget to stay tuned for all the renew/cancel 2021-2022 and beyond news!