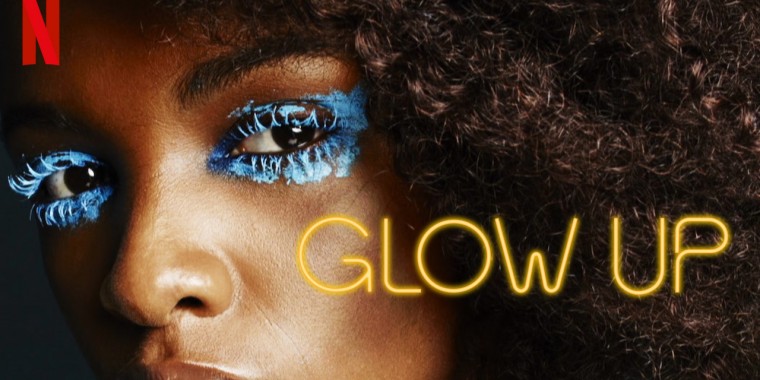 About Glow Up TV Show

Glow Up. In this competition show, aspiring makeup artists navigate colorful challenges to win a career-making opportunity in the beauty industry.

I absolutely LOVE Glow Up and can’t wait to join the family! I’m obsessed with makeup and creating different looks- it’s going to be so much fun and I can’t wait to see what the MUAs get up to."

The former Radio 1 DJ has hosted an array of TV shows across BBC One, Channel 4, MTV and ITV, including the MOBO Awards, Stand Up To Cancer, and Save Our Summer with Peter Crouch. Make-up and fashion lover Maya is the perfect addition to TV’s fiercest beauty squad.

Industry icons Val Garland and Dominic Skinner will also return as series judges, on hand to whittle ten budding Make Up Artists (MUAs) one by one, before discovering Britain’s Next Make Up Star.

Previous series have been a huge hit for BBC Three, as the weekly challenges were replicated by legions of fans as they followed the competition by recreating their own looks via social media.

Some of the most revered names in the beauty and fashion industry have also appeared on the show, from Rankin, Henry Holland and Andrew Gallimore through to NikkieTutorials, Anastasia Soare and Lisa Armstrong.

Series three will be available to stream in the UK exclusively on BBC iPlayer later this year.

Maya Jama says: "I absolutely LOVE Glow Up and can’t wait to join the family! I’m obsessed with makeup and creating different looks- it’s going to be so much fun and I can’t wait to see what the MUAs get up to."

Fiona Campbell, Controller of BBC Three, says: “It’s brilliant to welcome Maya to the BBC Three family for Glow Up - a show we really love which continues to grow in popularity. She is an ideal choice as the new host with a longstanding interest and passion for the industry and we can’t wait to see what she brings to the new series.”

Melissa Brown, Wall To Wall Executive Producer, says: “We’re hugely excited to welcome Maya. She brings with her bundles of energy, lots of fun and a genuine interest in the world of make-up. Series three will build on the massive success of series two with an incredible cast and exciting challenges, with access to the world’s biggest film sets and brands.”

Series one and two of Glow Up: Britain’s Next Make Up Star are available to stream on BBC iPlayer now. More information about the new series will be released in due course.

Glow Up: Britain’s Next Make Up Star (8x60') is a Wall To Wall production for BBC Three. The Executive Producer is Melissa Brown and the series producers are Leah Caffrey and Zinia Scroggs. It was commissioned by Fiona Campbell, Controller of BBC Three, and Clare Sillery, Head of Commissioning, Documentaries. The Commissioning Editors are Emily Smith and Max Gogarty. Wall to Wall Media is a Warner Bros. Television Production UK Ltd. Company.

How do you feel about this latest Glow Up news? Share your thoughts with us in the comments below and don’t forget to stay tuned for all the renew/cancel 2021-2022 and beyond news!