Home | Cancellations & Renewals | From Scratch Renewed For Season 2 By FYI! 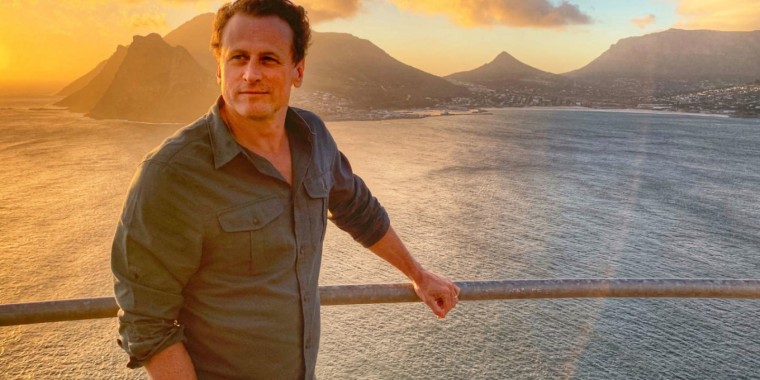 About From Scratch TV Show

DAVID MOSCOW CONTINUES FORAGING AND COOKING HIS WAY AROUND THE WORLD IN SEASON 2 OF "FROM SCRATCH" PREMIERING SUNDAY, OCTOBER 31ST ON FYI

As a big-city dweller feeling disconnected from the food he eats, David Moscow will continue to show audiences what it takes - really takes - as he creates more fascinating meals in Season 2 of "From Scratch," which will premiere on Sundays at 10:00pmET on FYI (www.fyi.tv) starting October 31st. A special preview episode can be seen Sunday October 30th at 9:00amET as part of the Outdoors daytime programming block on The HISTORY Channel.

"From Scratch" follows actor/producer/adventurer David Moscow on a worldwide expedition making meals literally from scratch. After being presented a recipe from a chef, David must hunt, dive, gather, forage and grow each ingredient to remake the meal, revealing the overwhelming amount of work, craftmanship and passion that brings everyday ingredients into the kitchen. "From Scratch" highlights the fragility of our environment and food supplies as global climate changes and species face pollution, habitat destruction, overfishing, monoculture and other threats. Moscow's travels have given him the opportunity to meet and work with people creating sustainable alternatives against high odds.

Season 2 will find Moscow and his crew navigating new territory while traveling and filming during a global pandemic, arriving in a country during a parliamentary coup and the aftereffects of a hurricane. Mosow will visit Utah, Wyoming, Washington State, Malta, Kenya, Croatia, Costa Rica and Peru and will make dishes with the help from the Massai, the Dene (Navajo), at the 6th best restaurant in the world and with one of the top food trucks in American which is run by a Native American woman.

Since making his feature film debut in Big, David Moscow has gone on to work as a producer and actor, appearing in films, on television and on stage. His film credits include Newsies with Christian Bale, Honey opposite Jessica Alba and roles in Just Married and Riding in Cars with Boys, among others. He has starred on several network television series including "Zoe, Duncan, Jack & Jane," and has guested on numerous shows including "Seinfeld." He co-developed and co-produced Lin-Manuel Miranda's first stage production of In the Heights. As a producer his films include Hellbenders, Under the Silver Lake, Wild Nights With Emily, Easy Living, Thirst Street and Desolation, which marked his directorial debut.

Wondering how your other FYI shows are doing? Check out the FYI 2021 TV scorecard page, where you can find the cancel/renew status of all FYI TV shows!

How do you feel about this latest From Scratch news? Share your thoughts with us in the comments below and don’t forget to stay tuned for all the renew/cancel 2021-2022 and beyond news!