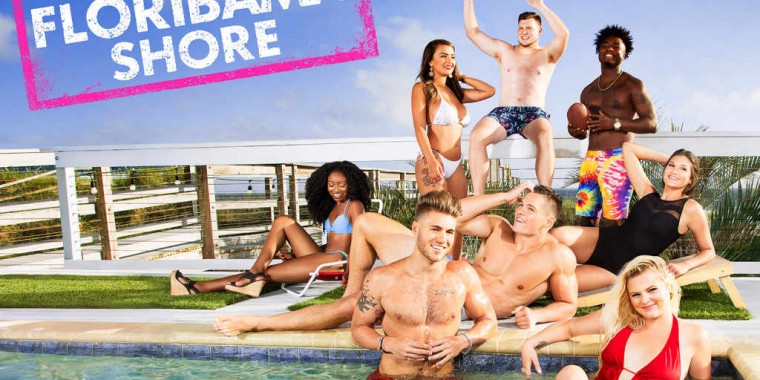 MTV continues to own Thursday nights with return of “Floribama Shore” on Thursday, February 25th at 9PM ET/PT

(NEW YORK, NY) August 19th, 2021 - MTV today announced that the hit series MTV Floribama Shore and Double Shot at Love, both of which were #1 in their time periods last season, are set to take over Thursday nights with back-to-back premieres on September 16th. Floribama Shore takes the party to Georgia at 8PM ET/PT, followed by the highly-anticipated season three of Double Shot at Love at 9PM ET/PT, where Jersey Shore Family Vacation's dynamic duo returns as Vinny Guadagnino searches for his perfect match with the help of DJ Pauly D.

This season, the Floribama Shore crew gets back to its southern roots. With their Lake Havasu vacation cut short, the fam is more than ready to get the party started again in Athens, Georgia, and even a very pregnant Nilsa wouldn't miss this family trip. It's a real-life animal house with a dog, a pig, two goats, and a revolving door of friends ready to turn up. But nothing is as wild as parents' weekend at the Shore house.

The 'Shore' takeover continues as Jersey Shore Family Vacation's most eligible bachelor, Vinny Guadagnino, returns to find his perfect match on Double Shot at Love. After seeing first-hand how DJ Pauly D and Nikki found love on the show, Vinny is ready for his shot at love again - but he won't be alone on his journey. Although DJ Pauly D is officially off the market, he and new love, Nikki, will be by his side every step of the way, guiding Vinny towards finding his own happiness. Will the one-two punch of DJ Pauly D and Nikki help Vinny land the perfect match? One thing is for sure ... things are bound to get awk-ward!

Floribama Shore is produced by 495 Productions SallyAnn Salsano with Jacquelyn French as Executive Producer for MTV.

Double Shot at Love is produced by SallyAnn Salsano and 495 Productions with Todd Radnitz, Dan Caster and Diana Morelli as Executive Producers for MTV.

How do you feel about this latest MTV Floribama Shore news? Share your thoughts with us in the comments below and don’t forget to stay tuned for all the renew/cancel 2021-2022 and beyond news!