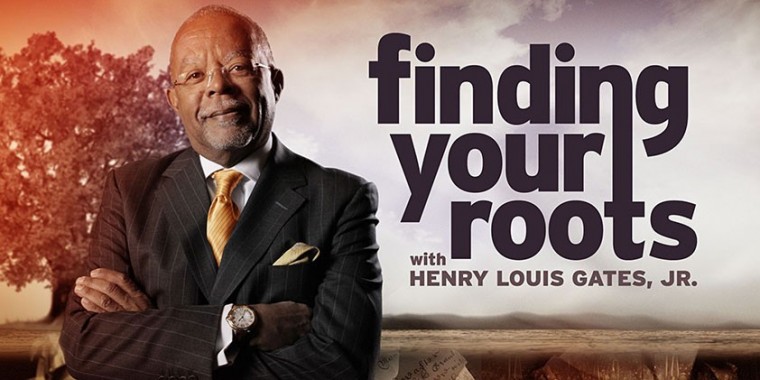 About Finding Your Roots TV Show

Twenty-one of America's most fascinating people discover the rich history and tremendous diversity hidden within their families in the eighth season of the critically acclaimed PBS series FINDING YOUR ROOTS WITH HENRY LOUIS GATES, JR. The new season will premiere in January 2022 on PBS.

"I am thrilled to share the deeply moving and surprising stories of the wide range of guests in Season 8 of FINDING YOUR ROOTS. I am humbled by the passion and the support our series has inspired from every sector of our society. Our guests--and their ancestors--embody what Finding Your Roots and the American Experience are all about: America is a nation of immigrants, willing and unwilling, but at the level of the genome, despite our apparent differences, we are 99% the same. Each of us is complicated in our own unique ways, but each of us descends from ancestors who have a story to tell and the goal of FINDING YOUR ROOTS is to allow them, at long last, to tell those stories. At a time when our country has witnessed so much strife over the last year, it is so important to remind our fellow citizens of how much we share in common. That so many talented people participated in this season in the face of the pandemic is a testament to the power of storytelling. In the most challenging of times, it is comforting--and inspiring--to know where you come from, and to reaffirm the unity of the American people."

To uncover their stories, FINDING YOUR ROOTS uses every tool available - from cutting-edge DNA research to old-school genealogical sleuthing - revealing long-buried secrets and hidden aspects of our shared history. Along the way, the series compiles family trees that span the globe - from the United States to South America, Europe to Africa, Asia and more. Episode to episode, audiences will meet guests' ancestors who crisscrossed the globe to become businesspeople and bootleggers, war heroes and criminals, farmers and factory workers, all the while persevering under the most extraordinary circumstances. Together, the arc of each guest's family personalizes history while emphasizing the human connections that unite everyone.

At the center of it all, guiding every discovery, is host and executive producer Henry Louis Gates, Jr., the Alphonse Fletcher University Professor at Harvard University and director of the Hutchins Center for African and African American Research.

Assembling the extensive family trees and ancestral narratives alongside Dr. Gates are DNA expert CeCe Moore (Founder, The DNA Detective and host of ABC's "The Genetic Detective") and genealogists Nick Sheedy and Kimberly Morgan, who together have solved hundreds of mysteries and reconnected innumerable lost relatives over the past two decades.

In conjunction with the series, co-producer WETA, the flagship public broadcaster in the nation's capital, will work with stations across the country to encourage viewers to explore and share their family histories via social media using the hashtag #FindingYourRoots on Facebook and Twitter, via Facebook.com/FindingYourRootsPBS and @HenryLouisGates, and on the series companion site, pbs.org/FindingYourRoots. WETA will also develop educational lesson plans for Season Eight that will explore the science behind DNA, genealogy, and ancestry testing - and seek to engage high school students in meaningful ways around story-driven science concepts. This educational material will be available in the "Finding Your Roots" collection on PBS LearningMedia, a free service offering educators access to research-based, classroom-ready digital learning experiences that align with Common Core and national and state standards. PBS LearningMedia reaches more than 1.6 million unique users each month.

Support for FINDING YOUR ROOTS WITH HENRY LOUIS GATES, JR., Season Eight is provided by Johnson & Johnson. Support is also provided by Ford Foundation, Gordon and Betty Moore Foundation, Candace King Weir, Lloyd Carney Foundation, and by The Inkwell Society and its members Sheryl Sandberg and Tom Bernthal; Jim and Susan Swartz; and Anne Wojcicki. Major support is provided by the Corporation for Public Broadcasting.

An electronic press kit for FINDING YOUR ROOTS WITH HENRY LOUIS GATES, JR., Season Eight, including downloadable photos for promotional use, is available on PBS Pressroom.

How do you feel about this latest Finding Your Roots news? Share your thoughts with us in the comments below and don’t forget to stay tuned for all the renew/cancel 2021-2022 and beyond news!