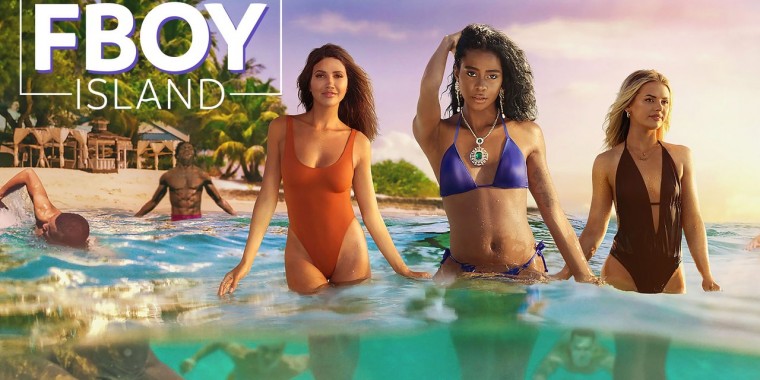 · HBO Max announced today that the breakout hit Max Original reality dating series FBOY ISLAND, hosted by comedian and actress Nikki Glaser, has been renewed for a second season. Produced by STXalternative, the series concept was created by Elan Gale ("The Bachelor" franchise) with Sam Dean (HBO Max's "12 Dates of Christmas," "Love is Blind") as showrunner.

· The ten-episode first season of FBOY ISLAND filmed earlier this year in the Cayman Islands and followed three women, Nakia Renee, CJ Franco and Sarah Emig, who move to a tropical island where they're joined by 24 men - 12 self-proclaimed "Nice Guys" looking for love, and 12 self-proclaimed "FBoys," there to compete for cold, hard cash. The women navigate the dating pool together with the hope of finding a lasting love connection. By the finale, all is revealed - who is a Nice Guy, who is an FBoy, and who the women ultimately choose. FBOY ISLAND is a social experiment that asks an age-old question: can FBoys truly reform or do Nice Guys always finish last?

· FBOY ISLAND had the biggest launch for a Max Original reality series since the platform launched last year, with viewership growth week over week. It was the first series to debut as part of the "Summer of Unscripted" line-up on HBO Max, which offers a diverse and entertaining slate of reality and competition series to celebrate the summer.

· HBO Max quote: "With a title like FBOY ISLAND, we knew we would get the audience's attention and we're thrilled that they've responded to the self-aware, comedic nature of the format, proving that they are excited by this fresh approach that puts women in control," said Sarah Aubrey, Head of Original Content, HBO Max. "Season one undoubtedly kept the audience guessing but we have even more big twists in store for season two. To the next batch of Fboys, beware, we're coming for you!" added Jennifer O'Connell, Executive Vice President, Non-Fiction and Live-Action Family, HBO Max.

· Nikki Glaser quote: "I couldn't be happier about returning to FBOY ISLAND for season two. The only downside is that it confirms my greatest fear: that there are more than 12 Fboys on planet earth."

· Jason Goldberg, Executive Producer and Chief Creative Officer, STXalternative quote: "The response to FBOY ISLAND has been incredible and we can't wait to dial up the volume even more to take the second season to the next level. We're thrilled to continue this collaboration with HBO Max, Elan, Sam, Nikki and Ben. They have been amazing creative partners."

· The Washington Post hailed the series as "deliciously twisty," and TIME called it a "compelling and clever masterpiece" with "smart execution." INSIDER praised it for being "an unpredictable and sexy breath of fresh air" with a "refreshing dose of self-awareness and humor."

· Season One Credits: FBOY ISLAND is produced by STXalternative. The series concept was created by Elan Gale who is executive producing for TheYearOfElan Productions alongside Jason Goldberg for STXalternative, Ben Bitonti, Nikki Glaser and showrunner Sam Dean.

How do you feel about this latest FBoy Island news? Share your thoughts with us in the comments below and don’t forget to stay tuned for all the renew/cancel 2021-2022 and beyond news!