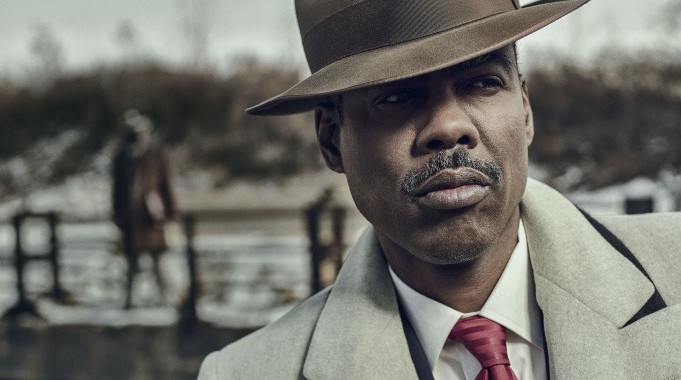 Vanity Fair: What’s next for you? Is there a season five in the works for Fargo?

Noah Hawley: Yeah, I think so. I don’t have it yet. I have pieces that will have to survive. They’re not connected. I think it would be good to create an ending, and deliberately come to something, knowing it’s the last one and see how one might wrap up this anthology.
Source: Vanity Fair

LOS ANGELES, August 10, 2020 - FX has set the premiere date for the highly-anticipated fourth installment of Fargo, the Emmy(R), Golden Globe(R), AFI, Peabody and TCA Award-winning limited series created by Noah Hawley. Starring Chris Rock, the next chapter will premiere with two episodes directed by Hawley on Sunday, September 27 at 10 p.m. ET/PT on FX, and the next day on FX on Hulu. The 11-episode installment will feature a new episode each subsequent week.

In 1950 Kansas City, two criminal syndicates fighting for a piece of the American dream have struck an uneasy peace. Together, they control an alternate economy of exploitation, graft and drugs. To cement their truce, Loy Cannon (Chris Rock), the head of the African American crime family, trades his youngest son Satchel (Rodney Jones), to his enemy Donatello Fadda (Tommaso Ragno), the head of the Italian mafia. In return, Donatello surrenders his youngest son Zero (Jameson Braccioforte) to Loy.

When Donatello dies in the hospital following a routine surgery, the tenuous truce is threatened. Josto Fadda (Jason Schwartzman) takes up his father's mantle, but his efforts to stabilize the organization are undermined by his brother, Gaetano (Salvatore Esposito), who has joined the family in Kansas City after building a reputation for ruthlessness in Italy. The other Fadda men - including Ebal Violante (Francesco Acquaroli), Constant Calamita (Gaetano Bruno) and Antoon Dumini (Sean Fortunato) - must decide where their loyalties lie. Amongst the turmoil, Patrick "Rabbi" Milligan (Ben Whishaw), a man who once betrayed his own family to serve the Italians, watches carefully to ensure his survival.

Intertwined with this tale of immigration, assimilation and power, are the stories of Ethelrida Pearl Smutny (E'myri Crutchfield), the precocious 16-year-old daughter of Thurman (Andrew Bird) and Dibrell Smutny (Anji White), an interracial couple who own their own mortuary; U.S. Marshal Dick "Deafy" Wickware (Timothy Olyphant), a Mormon lawman; Detective Odis Weff (Jack Huston), the Kansas City cop known for his compulsive tics; and Oraetta Mayflower (Jessie Buckley), a nurse who cannot abide others' suffering.

Peabody, Golden Globe and Emmy Award-winning Executive Producer, Noah Hawley (creator/writer/director), and his production company 26 Keys, lead the creative team of the latest all-new installment of the award-winning, true crime story. Warren Littlefield (The Handmaid's Tale, The Old Man), and his production company The Littlefield Company, also serves as Executive Producer along with Joel & Ethan Coen. Fargo is produced by MGM Television and FX Productions, with MGM Television serving as the lead studio and international distributor.

Production on the fourth installment of Fargo, which was originally scheduled to premiere in the Spring, was postponed due to the Coronavirus pandemic and is scheduled to resume later this month.

LOS ANGELES, July 18, 2019 - FX has set the extraordinary ensemble cast that will star with Chris Rock in the fourth installment of the Golden Globe(R) and Emmy(R) Award winning limited series Fargo, it was announced today by Gina Balian and Nick Grad, Presidents, Original Programming, FX Entertainment.

The next installment, set to begin production in Chicago this fall with Hawley directing the first episode, will air on FX in 2020 and feature:

In 1950, at the end of two great American migrations - that of Southern Europeans from countries like Italy, who came to the US at the turn of the last century and settled in northern cities like New York, Chicago - and African Americans who left the south in great numbers to escape Jim Crow and moved to those same cities - you saw a collision of outsiders, all fighting for a piece of the American dream. In Kansas City, Missouri, two criminal syndicates have struck an uneasy peace. One Italian, one African American. Together they control an alternate economy - that of exploitation, graft and drugs. This too is the history of America. To cement their peace, the heads of both families have traded their youngest sons.

Chris Rock plays the head of one family, a man who - in order to prosper - has surrendered his youngest boy to his enemy, and who must in turn raise his enemy's son as his own. It's an uneasy peace, but profitable. And then the head of the Kansas City mafia goes into the hospital for routine surgery and dies. And everything changes. It's a story of immigration and assimilation, and the things we do for money. And as always, a story of basically decent people who are probably in over their heads. You know, Fargo.

Francesco Acquaroli is an Italian actor known for his roles in Dogman, Diaz - Don't Clean Up This Blood and Sole cuore amore for which he won for Best Supporting Actor at the Bari International Film Festival in 2017. Additional projects include Suburra: Blood on Rome, Rocco Schiavone, Mia Madre, Tre Piani, The Best Years and refugee-themed film My Name is Mohamed. He recently completed production on the upcoming film Adults in the Room. Acquaroli is represented by APM.

Sicilian actor Gaetano Bruno is a versatile performer whose career spans film, television, theater and dance. Best known for his role in the television series La porta rossa, Bruno's other TV credits include Non uccidere, 1993 and Il Cacciatore (The Hunter). His film credits include Le conseguenze dell'amore, The Double Hour (La doppia ora) and Indivisibili. Bruno is represented by TTAgency.

Jessie Buckley's performance in the psychological thriller Beast earned her a British Independent Film Award (Most Promising Newcomer), London Critics' Circle Award (Best British/Irish Actress), a BAFTA nomination (Rising Star) and The Times Breakthrough Award. In 2019, she was seen in Wild Rose and Chernobyl. Her upcoming projects include Judy, The Voyage of Doctor Dolittle, Ironbark, Misbehaviour and I'm Thinking of Ending Things. Buckley is represented by United Agents and CAA.

E'myri Crutchfield is best known for her role as a young "Miss Kizzy" in the critically-acclaimed miniseries Roots which garnered her a NAACP Image Award nomination. Crutchfield also appeared in the film Vacation alongside Ed Helms and Christina Applegate and in the Amazon Original Series,The Kicks. She recently completed production on Apple TV's highly anticipated Amazing Stories and will next be seen in TNT's Tell Me Your Secrets. She is represented by Untitled Entertainment, Coast to Coast Talent and Goodman, Schenkman & Brecheen, LLP.

Salvatore Esposito is best known for starring in the hit Italian series Gomorrah, and has received widespread critical acclaim for his breakout performance as the crime boss, "Genny Savastano." Gomorrah, which has been sold in over 190 countries worldwide, is one of Sky Italia's most-watched cable shows and Italy's most popular series of all time. Esposito is represented by CAA, Definition Entertainment and TT Agency.

Jeremie Harris is best known for his starring role as "Ptonomy Wallace" on three seasons of FX's Legion and as "Shane Vincent" on Baz Luhrmann's The Get Down. He recently starred in The Public Theater's Shakespeare in the Park production of Much Ado About Nothing, directed by Tony Award(R) winner Kenny Leon and will soon be seen in the film Vampires vs. The Bronx, from producer Lorne Michaels. Harris is represented by CAA.

Jack Huston has distinguished himself as one of the industry's finest actors in film, television and theatre. Best known for his role on Boardwalk Empire for which he earned a SAG(R) Award for Best Ensemble Cast, Huston is also known for his roles in American Hustle, The Romanoffs, Kill Your Darlings and Not Fade Away. He can next be seen in the Untitled Gerard Bush and Christophe Renz social thriller for Lionsgate. He is repped by United Talent and Untitled Entertainment.

Amber Midthunder first garnered attention for her role opposite Jeff Bridges in the Oscar(R) nominated film Hell or High Water. She is best known for the role of "Kerry Loudermilk" on the FX series Legion, helmed by Emmy(R) winner Noah Hawley. She can currently be seen starring in her second season of The CW's Roswell, New Mexico and in the upcoming independent film She's Missing with Josh Hartnett and Eiza Gonzalez. She is repped by Corner Booth Entertainment and Artists & Representatives.

Ben Whishaw is a Golden Globe(R), BAFTA, Emmy(R) and Critic's Choice Award winning actor who is best known for his leading roles in both film and television in Paddington 1 & 2, the James Bond films Skyfall and Spectre, Disney's Mary Poppins Returns, BBC's A Very English Scandal, The Danish Girl, Perfume: The Story of a Murderer, Criminal Justice, London Spy, The Hollow Crown and the upcoming Bond 25. Whishaw is represented by Hamilton Hodell and CAA.

How do you feel about this latest Fargo news? Share your thoughts with us in the comments below and don’t forget to stay tuned for all the renew/cancel 2021-2022 and beyond news!