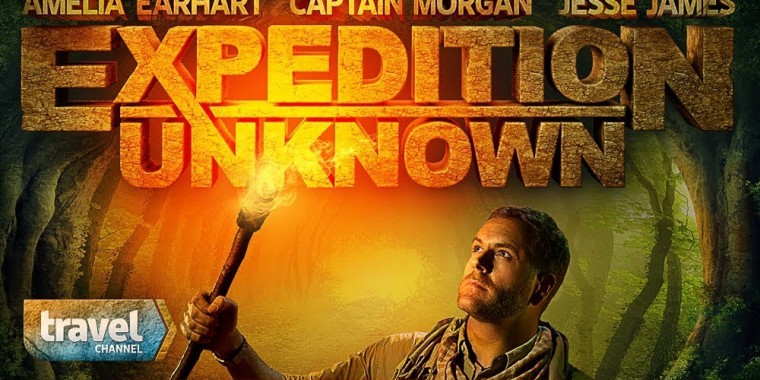 For several months, Josh has been inviting celebrities and experts to virtually join him in his expedition headquarters for a chat-show like no other on JOSH GATES TONIGHT. Now, he’s back with a brand-new season premiering Wednesday, November 11 at 8PM ET/PT. Josh is also turning hump-day into Adventure Wednesday with an entire evening devoted to exploring the unknown. Following JOSH GATES TONIGHT, viewers can continue exploring alongside Gates as well as scientist Phil Torres and paranormal researcher Jessica Chobot in an all-new season of EXPEDITION X, airing at 9PM ET/PT on Discovery Channel.

Whether he’s learning how to brandish a bullwhip like Indiana Jones, mastering the art of high-speed getaway driving, or mixing up exotic cocktails with Hollywood superstars, Gates has been bringing his hilarious brand of adventure to fans and families at a time when we need it most. In the all-new season of JOSH GATES TONIGHT, Gates will be joined by celebrity guests, including Matthew McConaughey (who discusses his some of his most thrilling adventures and his new book Greenlights) as well as Joe Manganiello, Cheryl Hines, and Apollo astronaut Charlie Duke. He’ll also continue safely adventuring while inviting viewers along for the journey. Josh will float in zero-gravity in a specially designed plane performing breathtaking aerial maneuvers. He’ll also try his hand at mechanical mortal combat by piloting a robot in the infamous BattleBots arena.

Following JOSH GATES TONIGHT, audiences can continue their adventure as Josh sends his EXPEDITION X investigators to tackle the strangest mysteries and legends from around the nation. Whether it’s exploring pitch-black caverns to unmask the identity of the legendary Bell Witch, diving into Lake Champlain in search of America’s version of the Loch Ness Monster, or trekking deep into the wilderness in pursuit of recent sightings of Bigfoot, the team has the truth in their sights. Working with experts and recent eyewitnesses and deploying an array of high-tech equipment, they’ll shed new light on cases that have confounded and frightened us for generations.

JOSH GATES IS BACK ON THE HUNT! "EXPEDITION UNKNOWN" RETURNS WITH DARING, NEW ADVENTURES, PREMIERING JULY 21 ON DISCOVERY AND DISCOVERY+

(Los Angeles) - How does a plane carrying three Navy airmen crash into the Pacific without a trace? Why has the stolen loot of America's most notorious bank robber never been recovered? Where did the legend of El Dorado come from and could the City of Gold be hidden in the Colombian jungle? Uncovering some the world's greatest mysteries involving history's most iconic legends, Josh Gates is back and ready to explore the unknown. An ardent adventurer, Gates has tackled history's most captivating puzzles from vanished cities and buried treasure to ground-breaking archaeological discoveries. In an all-new season of EXPEDITION UNKNOWN premiering Wednesday, July 21st at 8PM ET/PT and streaming on discovery+, viewers will follow Josh on thrilling adventures including the hunt for a massive fortune at the bottom of the Atlantic Ocean, new discoveries about infamous skyjacker DB Cooper, the truth behind the legend of El Dorado, and more.

In the fascinating season premiere, Gates will bring the Dillinger legend out of the past and into the present, adding a gripping new chapter to the story of America's greatest bank robber. Dillinger became a legend after a string of bold bank robberies and daring prison escapes. Josh travels to Dillinger's family farm to investigate new leads that millions in stolen loot may soon be found. Using a newfound map that may have belonged to Dillinger himself as well as cutting-edge technology, Josh's in-depth investigation may rewrite the story of "Public Enemy Number One."

Throughout the season, Gates takes viewers along for the ride as he tackles enduring mysteries including an historic search for a WW2 torpedo bomber off the coast of Southern California, investigating the only unsolved skyjacking in American history, and bushwhacking through the dangerous Colombian jungle in search of both truth and treasure surrounding the legend of El Dorado.

How do you feel about this latest Expedition Unknown news? Share your thoughts with us in the comments below and don’t forget to stay tuned for all the renew/cancel 2021-2022 and beyond news!