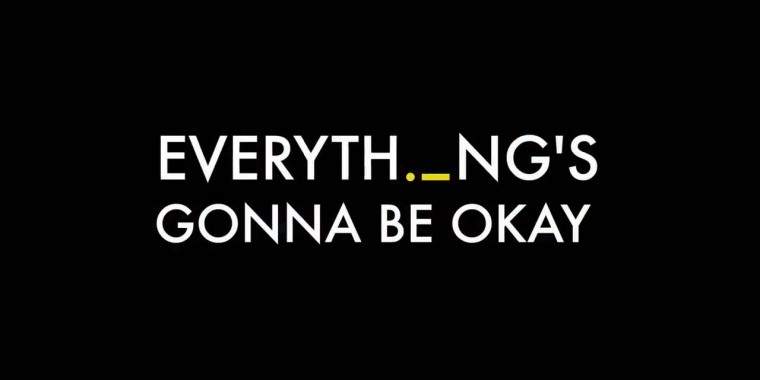 Everything really is gonna be okay.

Freeform has renewed Everything’s Gonna Be Okay for Season 2, slated to premiere in 2021, Cancelled Soon TV has confirmed.

As we previously reported, Freeform has also renewed Motherland: Fort Salem for Season 2.

In advance of the Disney Advertising Sales Virtual Roadshow presentation, Freeform highlighted its commitment to bold and boundary-pushing young adult content with the pickups of both “Everything’s Gonna be Okay” and “Motherland: Fort Salem,” as well as the recently announced scripted romantic-comedy series “Love in the Time of Corona,” which begins production this summer.

Marking another strong year, Freeform is the No. 2 prime-time cable entertainment network of the season among Women 18-34. Freeform also delivered the No. 1 live-action comedy for young women with “grown-ish.” In the holiday department, Freeform continues to outperform all other networks as the No. 1 holiday destination for Adults 18-34, powered by “31 Nights of Halloween,” “Kickoff to Christmas” and “25 Days of Christmas.”

“We couldn’t be happier to bring both ‘Everything’s Gonna Be Okay’ and ‘Motherland: Fort Salem’ back for second seasons. Each show’s originality, characters and themes struck a chord with our audience, and we’re excited to share the ambitious stories the writers have planned for season two,” said Lauren Corrao, executive vice president, Original Programming and Development, Freeform. “We have a strong slate ahead, and with our young adult audience coming of age in a time that will forever impact their lives, we owe it to them to tell bold, authentic stories that reflect who they are and where they are going.”

Freeform has picked up critically acclaimed comedy “Everything’s Gonna Be Okay” for a second season. The series, which is created, executive produced and stars Josh Thomas, follows Nicholas, a neurotic twenty-something-year-old who is forced to raise his two teenage half-sisters, one of whom is on the autism spectrum, after the untimely death of their father. The series stars Josh Thomas, Kayla Cromer, Adam Faison and Maeve Press and is produced and distributed internationally by Avalon. Thomas, Stephanie Swedlove and Kevin Whyte serve as executive producers, with David Martin, Jon Thoday and Richard Allen-Turner executive producing for Avalon. Additionally, “Please Like Me” collaborator Thomas Ward reunites with Thomas as co-executive producer.

“This is great news, not just because it means I have a group of writers that have to hang out on my screen with me all day and I don’t have to be alone anymore getting weird,” said creator, executive producer and star Josh Thomas, “but because I love this show and I love these characters and I love our cast and crew and making another season is just going to be so nice.”

Critically acclaimed for his series "Please Like Me," Thomas once again takes on a multifaceted role as creator, writer, executive producer and star of the 30-minute comedy, which introduces Nicholas (Josh Thomas), a neurotic twenty-something-year-old visiting his dad and teenage half-sisters, one of whom is on the autism spectrum. When Nicholas' trip is extended due to his father's untimely death, the siblings are left to cope with not only a devastating loss, but also the realization that Nicholas is the one who will have to rise to the occasion, move in, and hold it all together.

Navigating autism, budding sexuality, consent, parenthood, adolescence, family and grief, the heartfelt comedy will follow this imperfect family as they discover the importance of finding happiness in the middle of really difficult moments, one awkward conversation at a time.

Neurodiverse actress and activist Kayla Cromer stars as Matilda, a high school senior who is driven to succeed and on the autism spectrum. She is Nicholas' bright and outgoing half-sister who is curious and contemplative; if she doesn't initially understand something, she'll put in the work to figure it out. 17-year-old stand-up comedienne Maeve Press stars as Genevieve, Nicholas' other half-sister who has a unique comedic sensibility; she is clever, dramatic and definitely a little weird. At school she's at odds with her authentic self, hanging around a group of girls who sharply contrast her kind-hearted family and struggling to find her place in the world. Newcomer Adam Faison rounds out the cast of series regulars as Alex, Nicholas' romantic interest introduced in the first episode.

How do you feel about this latest Everything’s Gonna Be Okay news? Share your thoughts with us in the comments below and don’t forget to stay tuned for all the renew/cancel 2021-2022 and beyond news!