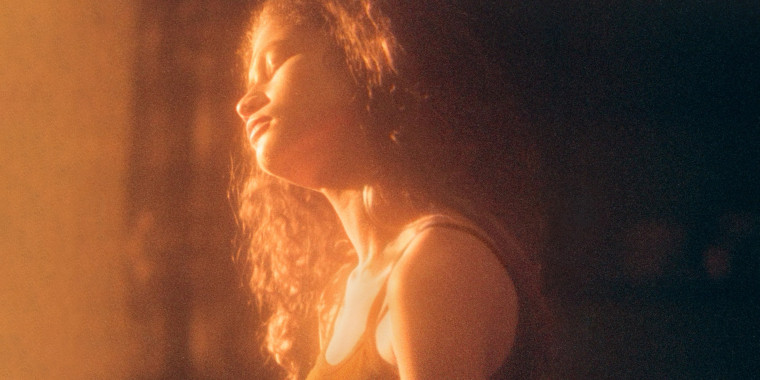 The Emmy(R) winning HBO drama series EUPHORIA will return with two special episodes, with the first debuting SUNDAY, DECEMBER 6 at 9:00 p.m. ET/PT. The episode will air on HBO and be available to stream on HBO Max.

In the aftermath of being left by Jules at the train station and relapsing, the first special episode follows Rue (played by Emmy(R)-winner Zendaya) as she celebrates Christmas. Written and directed by series creator Sam Levinson, the episode, titled “Trouble Don’t Last Always,” also stars Colman Domingo, who appeared in season one. The title and date of the second episode are forthcoming. Both special episodes were produced under COVID-19 guidelines.

· HBO announced today that the Emmy(R)-winning drama series EUPHORIA has been renewed for a third season.

· Created, written, directed and executive produced by Sam Levinson, starring Emmy(R) winner Zendaya, and produced in partnership with A24, the eight-episode second season of EUPHORIA debuted on January 9 with episodes airing weekly on HBO and HBO Max. The season two finale airs on February 27.

· Season 2 logline: Amidst the intertwining lives in the town of East Highland, 17-year-old Rue (Zendaya) must find hope while balancing the pressures of love, loss, and addiction.

· NPR heralded the second season of EUPHORIA as "a creative triumph," calling it "thrilling, daring, disquieting and compelling." Vulture praised it for an "abundance of artistic confidence that makes it intoxicating to watch." Mashable hailed the season as "spectacular," "stupefyingly bold," and "an electrifying ride," noting "Zendaya is at a career-best."

· EUPHORIA's season two premiere episode debuted as the most viewed episode of an HBO series ever on HBO Max, currently with more than 14 million viewers across platforms, more than double the average audience of Season 1 (6.6 million viewers per episode). The season two premiere episode was also the #1 most social premium cable episode since the "Game of Thrones" finale in May 2019.

· Francesca Orsi, Executive Vice President, HBO Programming quote: "Sam, Zendaya, and the entire cast and crew of EUPHORIA have taken Season 2 to extraordinary heights, challenging narrative convention and form, while maintaining its heart. We couldn't be more honored to work with this gifted, wildly talented team or more excited to continue our journey with them into Season 3."

EUPHORIA ranks as HBO’s youngest skewing drama series on the network’s digital platforms. In addition to delivering a series high for its Sunday night 10 p.m. premiere telecast, EUPHORIA continues to grow every week on HBO’s digital platforms. The series premiere night has already delivered over 5.5 million viewers across HBO’s platforms.

Kicking off its eight-episode first season June 16 on HBO and currently debuting new episodes on Sunday nights, EUPHORIA stars Zendaya (“Spider-Man: Homecoming”) who heads the ensemble cast of the show, which follows a group of high school students as they navigate a minefield of drugs, sex, identity, trauma, social media, love and friendship. The series is created and written by Sam Levinson (HBO’s “The Wizard of Lies”), who also directs five episodes of the first season.

EUPHORIA puts a fresh spin on the coming-of-age narrative, exploring the teenage landscape of substance-enhanced parties and anxiety-ridden day-to-day life with empathy and candor. The series follows 17-year-old Rue Bennett (Zendaya), a drug addict fresh from rehab, who’s struggling to make sense of her future. Her life changes dramatically when she meets Jules Vaughn (Hunter Schafer), a girl who recently moved to town following her parents’ divorce, and like Rue is searching for where she belongs.

Hollywood Reporter hails EUPHORIA as “boundary-pushing, real and exceptionally realized,” while Variety praises the series as having an “undeniable pull that makes it too intriguing to ignore.” TV Guide calls it “lusciously shot,” and getting “more and more jaw-dropping and gorgeous as it goes on.” Indiewire notes “Zendaya is exceptional at every turn,” and Rolling Stone praises the direction as “visually striking throughout, full of moments lit to look both menacing and intoxicating.”

How do you feel about this latest Euphoria news? Share your thoughts with us in the comments below and don’t forget to stay tuned for all the renew/cancel 2021-2022 and beyond news!