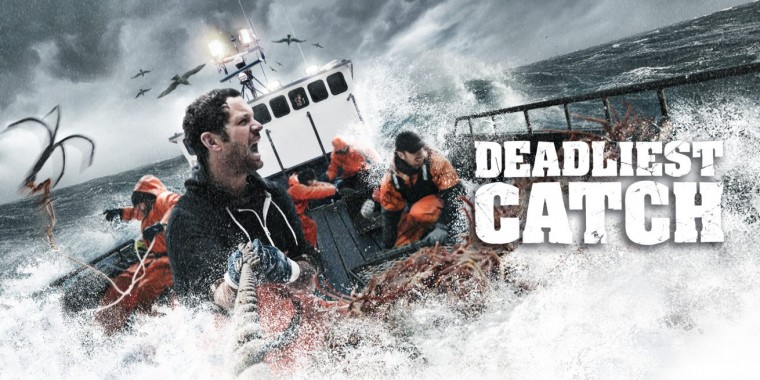 DEADLIEST CATCH Kicks Off Its 18th Season With a 2-Hour Premiere Tuesday, April 19 at 8 PM ET/PT on Discovery

The reality network has renewed long-running series Deadliest Catch for Season 18, which set to premiere April 19 on Discovery and will be available to stream the same day on discovery+.

Over the past 17 seasons, audiences have watched the legendary DEADLIEST CATCH captains navigate treacherous seas, intense rivalries and even saw them fight to stay in business last year when the entire fishery almost shut down - but nothing could have prepared these captains for the loss of fishing the lucrative red king crab. For the first time in 25 years, the Alaskan government shut down red king crab catching for the season. Facing financial ruin, each captain is forced to start over and search the Bering Sea for a new way to make a living. Are these captains up for the challenge? Or will they pack up and head home empty handed? DEADLIEST CATCH premieres on Tuesday, April 19 at 8 PM ET/PT on Discovery and will be available to stream the same day on discovery+.

When the Alaskan government announced that they were canceling the red king crab season, all of the captains had to go back to the drawing board to find a new way to be profitable. While most of them decided to seek new species to catch, Captain Sig Hansen from the F/V Northwestern took a giant risk to travel across the world to Norway in search of red king crab. Sig must start from scratch - converting an old coast guard ship into a fishing vessel, learning where these crabs live in the Barents Sea and finding a reliable team of fishermen - all while trying to rush home to be there for the birth of his granddaughter in a few weeks. Will Sig's gamble pay off?

If you can't catch red king crab, the golden king crab can bring in a big payday - the only problem is they live four times deeper making trapping them exponentially harder. Two vessels, the F/V Time Bandit captained by Johnathan Hillstrand and the F/V Cornelia Marie captained by Josh Harris and Casey McManus, secured the bid to be able to catch these elusive crabs. Can the golden king crabs be captured? Or will these captains just lose pots and money trying?

Captain Jake Anderson of the F/V Saga wants to try his hand at catching black cod, but they currently don't have the quota or tools to fish them. Jake turns to captain Sean Dwyer of the F/V Elinore J to secure black cod quota, but Sean only accepts the deal if Jake offers the pink slip of the F/V Saga as collateral. Jake's crew will need to learn how to catch black cod. If not, he may need to consider giving the F/V Saga away.

Instead of catching black cod, Sean Dwyer of the F/V Elinore J has decided to catch Dungeness crab. While they don't bring in as much money, there is no limit on how many his crew can catch. Will they be able to crab enough to make a profit?

After suffering the loss of a crewmember on the deck of the F/V Patricia Lee last fishing season, captain Rip Cartson is trying to protect his crew at all costs. His crew is working hard and they are all doing this to honor their friend.

Captain Keith Colburn's vessel, the F/V Wizard, still needs some repairs but he is going to set his sights catching bairdi snow crab. Will the F/V Wizard make it through the season?

How do you feel about this latest Deadliest Catch news? Share your thoughts with us in the comments below and don’t forget to stay tuned for all the renew/cancel 2021-2022 and beyond news!