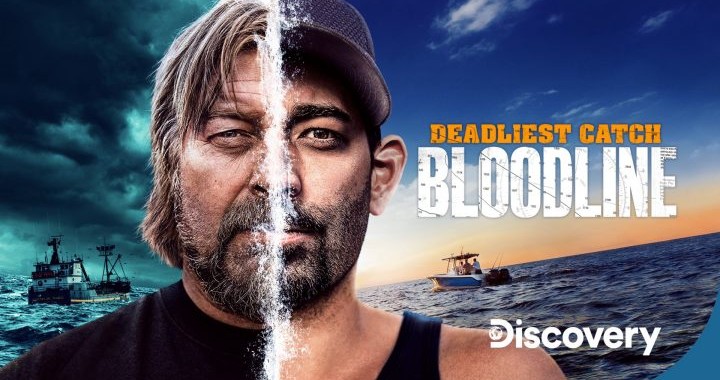 Deadliest Catch: Bloodline will resurface for a third season on Discovery Channel.

As the world opens back up, demand is up for seafood from captain Josh Harris and Casey McManus's warm water fishing operation in Hawaii, but so is the competition. Needing all the help they can get, Josh reaches out to his estranged older brother, Shane, for the first time since their father Captain Phil's death over a decade ago. Can Josh and Shane put bad blood behind them to follow in their father's footsteps to find the fish their company needs to succeed? Or will opening old wounds push the partners and family further apart? DEADLIEST CATCH: BLOODLINE premieres on Tuesday, April 19 at 10 PM ET/PT on Discovery after "Deadliest Catch" and will be available to stream the same day on discovery+.

With a 3000-pound fish quota to meet every week, Josh, Casey and business partner Jeff Silva are living Captain Phil's dream of running a successful off-season fishing operation in Hawaii. But as demand grows, so does the need for reliable partners to help. The more Josh tries to follow his father's footsteps, the more he is reminded that his estranged older half-brother, Shane had a much deeper knowledge of Captain Phil's formative years fishing in the 1980s. Josh and Shane were close growing up but after the divorce, Phil remarried and the two half-brothers drifted apart. Now this is an opportunity for Shane to join Josh, Casey and Jeff on a fishing adventure that will hopefully rebuild their brotherly bond and provide them with a big payday.

As Josh and Shane dive into their shared past, they uncover new clues to Captain Phil's lost years in the 1980s when their dad lived in Louisiana while building his legendary boat, the F/V Cornelia Marie. To follow his trail, the brothers leave Hawaii and explore the Gulf Coast for answers. While there, they find a man who knew Phil and helped build the F/V Cornelia Marie. Soon they discover that Phil himself attempted his own fishing operation in Louisiana. But can his sons pick up the trail decades later and finish what their father started?

How do you feel about this latest Deadliest Catch: Bloodline news? Share your thoughts with us in the comments below and don’t forget to stay tuned for all the renew/cancel 2021-2022 and beyond news!