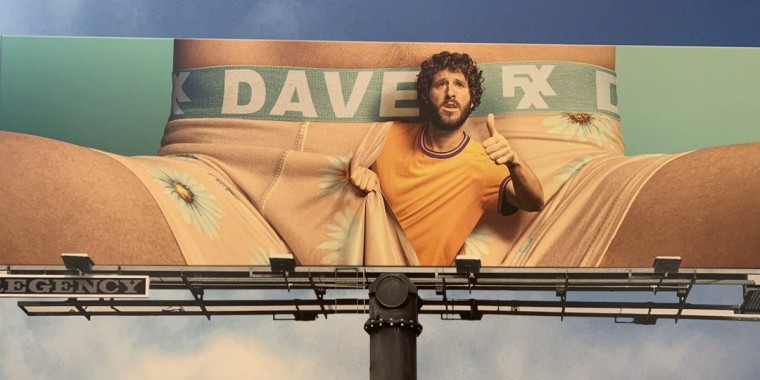 Things are coming up Dave.

"Dave" centers on a neurotic man in his late 20s who has convinced himself that he's destined to be one of the best rappers of all time. Now he must convince his closest friends, because with their help, he actually might convince the world. Simultaneously exasperating and inspiring to his friends, he vows to leave no stone unturned on his quest to become the next superstar. The half-hour comedy is based on the life of rapper and comedian Dave Burd, better known by his stage name Lil Dicky.

New Season Premieres on Wednesday, June 16 at 10pm ET/PT on FXX and Available to Stream the Following Day on FX on Hulu

LOS ANGELES, April 19, 2021 - FX has set the premiere date for the highly anticipated second season of DAVE, the breakout comedy series that became FX's most-watched comedy series ever in its first season.

The second season will premiere on Wednesday, June 16 at 10 pm ET/PT on FXX and be available to stream the following day on FX on Hulu. The premiere will include the first two episodes, with new episodes available each subsequent week.

Dave knows he's destined for rap superstardom - but at what cost? With the pressure mounting as he records his debut album, he has to decide if he'll sacrifice friendships, love, and his own sense of self in order to make his dream come true. Simultaneously exasperating and inspiring to his friends, Dave vows to leave no stone unturned on his quest to become the next superstar.

The first season of DAVE is FX's most-watched comedy series ever with an average episodic audience of 9.4 million Total Viewers to-date across linear, VOD and streaming, and that number is growing. Notable fans of season one include LeBron James, Madonna, Olivia Wilde, Nick Kroll, Charlamagne tha God, Bob Odenkirk, Henry Winkler and more.

How do you feel about this latest Dave news? Share your thoughts with us in the comments below and don’t forget to stay tuned for all the renew/cancel 2021-2022 and beyond news!