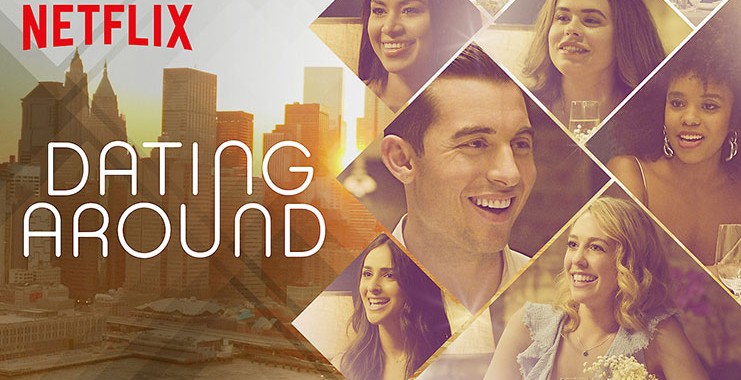 Which of the following pick up lines is the best: “You look like a prince” or “What a beautiful accent”? Don’t worry, you don’t really have to choose. It will be more interesting to see how the six participants of the newest Netflix reality show, Dating Around Brazil, react to them. The show premieres on July 10th, only on Netflix. Since finding one’s soulmate is not an easy task, two other reality shows are coming up in 2021 to put Brazilian relationships and flirting to the test. In addition to Dating Around Brazil which premieres next month, Netflix announces the production of Love is Blind Brazil and Too Hot To Handle Brazil, both set to premiere next year.

With six episodes produced by Endemol Shine Brasil for Netflix, Dating Around Brazil is a local version of the acclaimed American reality show Dating Around, a Netflix Original. People from different genders and sexual orientations leave dating apps in order to seek a new love in São Paulo, face to face. Each single goes to five blind dates to meet different people and try to establish real connections with them. If one of the crushes seems to be the perfect match, then a second date can happen in some iconic place of the city. In order to make the right decision, there are those who prefer to kiss all the candidates; but there are also those who, after a few encounters, choose to be alone.

For 2021, Netflix prepares the Brazilian versions of two reality shows that have generated a lot of buzz among the single community in the United States. Love is Blind Brazil will uncover whether looks or age do matter, or if love really is blind. In the show, singles who want to be loved for who they are, rather than what they look like, choose who they want to marry without ever having seen the other person. With no distractions from the outside world, such as social media, the singles talk to a stream of potential love interests, each one sitting in an individual pod. Only after the proposal they are allowed to lay eyes on their fiancé for the first time.

In Too Hot To Handle Brazil, men and women come together in a tropical paradise for an unforgettable vacation. But there’s a twist. These commitment-phobes who love a casual hook-up will have to give up all hanky panky for the entire retreat if they want to win the grand prize. No kissing, no heavy petting, and no physical contact of any kind. With every slip, the prize money goes down. It remains to be seen if the serial singletons will be able to form deeper emotional connections.

About Dating Around TV Show

In each episode of flirtations and fails, one real-life single navigates five blind dates. The mission: Find one match worthy of a second date.

How do you feel about this latest Dating Around news? Share your thoughts with us in the comments below and don’t forget to stay tuned for all the renew/cancel 2021-2022 and beyond news!