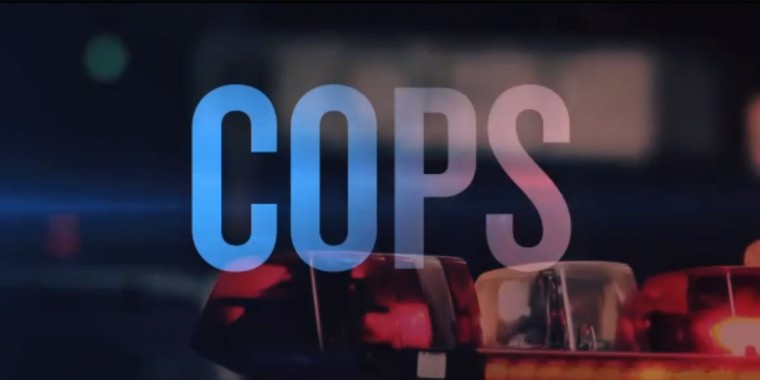 Four days after Cops was pulled from the schedule in wake of the George Floyd protests against police brutality and systemic racism, Paramount has fully cancelled the long-running series.

In a statement provided to Cancelled Soon TV, Paramount said:

“‘Cops is not on the Paramount Network and we don’t have any current or future plans for it to return”.

Cops is not expected to find a new home elsewhere.

Season 33 to Premiere on October 1st

NEW YORK -- FOX Nation has greenlit the return of the iconic series COPS and will premiere season 33 on October 1st, announced Jason Klarman, president of the subscription streaming service. The debut will include the first four episodes and each new installment of COPS thereafter will drop weekly on Friday nights. The deal also includes 15 episodes from season 32.

As part of the COPS launch, FOX Nation will offer all first responders, including police officers, firefighters, emergency medical technicians and paramedics (EMS personnel), a one-year free subscription to the service beginning on Monday, September 13th. FOX Nation will also donate $5 to Answer the Call on behalf of each new subscriber with a maximum donation of $50,000 during the week of September 13-20. Answer The Call is a 501(c)(3) nonprofit organization that provides financial support to the families of New York City first responders killed in the line of duty.

In making the announcement, Mr. Klarman said, "COPS is one of the most iconic brands on television with an incredibly passionate fan base. We wanted to show our appreciation to all first responders by combining the launch with a free one-year subscription to give back in a small way to those who place their lives on the line every day to keep us safe."

FOX Nation will also debut a new slate of first responder-themed programming beginning September 13th in conjunction with the launch of COPS, including:

911: On Scene - This ride-along show goes behind the scenes with firefighters, EMTs and paramedics from different agencies across the country as they embark on their dangerous jobs of saving lives.

When Seconds Count - Anchored by FOX News Channel's Harris Faulkner, this special will showcase dramatic footage of various rescues caught on tape, featuring the actual rescuers and the victims involved, telling the emotional stories behind each video.

Protect and Serve - Hosted by FOX News Channel contributor and former homicide detective Ted Williams, this program will spotlight the good deeds and the truly heroic and impactful interactions that police officers often perform in the communities they serve.

Answer The Call - Centered on the charity by the same name, this special will focus on children of fallen first responders as they recount stories of their loved ones who died in service and discuss how the charity has helped them following the tragedy of 9/11. Answer the Call was formed after 9/11 to support the families of the NYPD, NYFD, PAPD and EMS Personnel who were killed in the line of duty on 9/11.

Cops, the seminal reality ride-along show that forever changed the TV landscape, has moved to its new "beat" on Spike. This groundbreaking, raw, and realistic series provides unprecedented access into the daily lives and work of police officers, constables, and sheriff's deputies from around the country.

How do you feel about this latest Cops news? Share your thoughts with us in the comments below and don’t forget to stay tuned for all the renew/cancel 2021-2022 and beyond news!