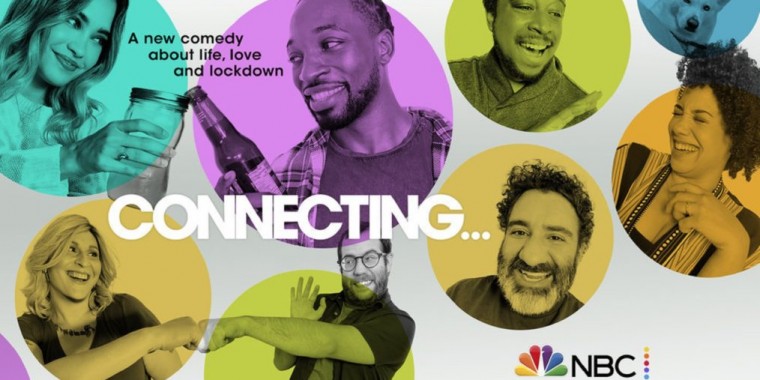 The broadcaster has cancelled coronavirus-era comedy Connecting after one season. Following a poor response to the initial episodes, NBC has opted not to move forward with Connecting Season 2.

The four remaining episodes have also been pulled from the schedule and will air solely online on Peacock and NBC.com.

Executive producer Martin Gero ("Blindspot") will debut his new scripted comedy "Connecting ... " on Thursday, Oct. 8. The series is about a group of friends trying to stay close (and sane) through video chats as they share the highs and lows of these extraordinary times.

The premiere dates for NBC comedies "Connecting ... " and "Superstore" will be shifting to Oct. 8 and Oct. 29, respectively.

· "Connecting ..." is an ensemble comedy about a group of friends trying to stay close (and sane) through video chats as they share the highs and lows of these extraordinary times.

· Martin Gero and Brendan Gall write and executive produce. The series is produced by Universal Television, a division of Universal Studio Group.

· For the 2019-20 season, linear telecasts of "Superstore" averaged a 1.1 rating in adults 18-49 and 3.8 million viewers overall in "live plus seven day" Nielsens, and the show continues to rank as one of NBC's strongest digital performers, generating 50% of its "live plus 35 day" 18-49 average for the season from digital sources, to rank as NBC's #2 most digital comedy behind only "Brooklyn Nine-Nine."

· "Superstore" is produced by Universal Television, a division of Universal Studio Group; Spitzer Holding Company; and The District.

How do you feel about this latest Connecting… news? Share your thoughts with us in the comments below and don’t forget to stay tuned for all the renew/cancel 2021-2022 and beyond news!