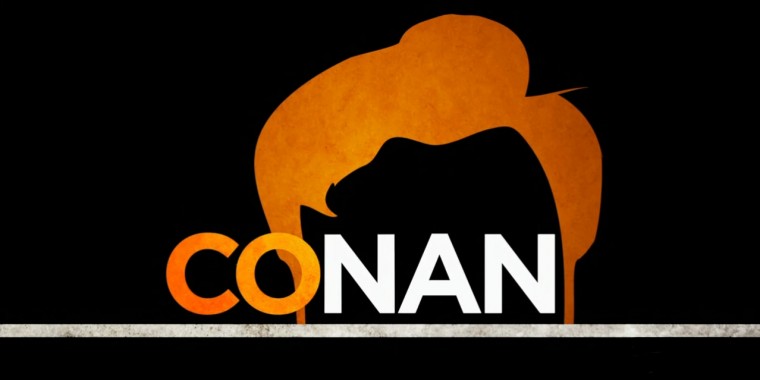 After an extraordinary 28 years as a late night television host including a ten-year, critically-acclaimed run on TBS, Conan O’Brien will extend his relationship with WarnerMedia with a brand new, weekly variety series on HBO Max. As one of the most prolific late-night hosts, O’Brien will conclude TBS’ award-winning nightly talk show “CONAN” at the end of its tenth season in June 2021. His signature travel specials, “Conan Without Borders,” will continue.

“In 1993 Johnny Carson gave me the best advice of my career: ‘As soon as possible, get to a streaming platform.’ I’m thrilled that I get to continue doing whatever the hell it is I do on HBO Max, and I look forward to a free subscription,” says O’Brien.

“28 years is a monumental achievement in late-night television,” said Brett Weitz, General Manager for TNT, TBS and truTV. “We’re incredibly proud of the groundbreaking work that Conan and his team have accomplished during the 10 years at TBS and are so glad that we will continue to have his presence on our air with the ‘Conan Without Borders’ specials. We celebrate his success and are glad to see it grow across our WarnerMedia family.”

“Conan’s unique brand of energetic, relatable, and at times, absurdist, comedy has charmed late-night audiences for nearly three decades. We can’t wait to see what he and the rest of Team Coco will dream up for this brand new, variety format each week,” said Casey Bloys, Chief Content Officer, HBO and HBO Max.

SHOW'S FINAL WEEKS TO INCLUDE SPECIAL GUESTS AND AN EXTENDED, HOUR-LONG LOOK AT THE PAST 11 YEARS OF O'BRIEN'S LATE-NIGHT SHOW

LOS ANGELES - May 3, 2021 - Conan O'Brien's long-running late-night show on TBS, "CONAN," to end on June 24th, 2021. The final weeks of shows will include a lineup of special guests as well as an extended hour-long finale with a look back on the past 11 years of this iteration of O'Brien's lengthy late-night career. Post June, O'Brien will turn his focus to his deal with WarnerMedia and development on his new show for HBO Max, which will be a departure from his current traditional talk-show format.

O'Brien is the longest serving current late-night talk show host in the U.S., who began his late-night career in 1993 when NBC tapped him to take over as host of Late Night. His late-night career has since spanned three shows over 28 years as well as four Emmy(R) Awards and six Writers Guild Awards. His Emmy(R) award-winning "CONAN: Without Borders"has visited 13 countries and his award-winning podcast "Conan O'Brien Needs A Friend" currently has amassed over 185 million downloads since it launched in 2018.

The biggest celebrities, the hottest musical guests, the craziest sketches...and Andy Richter, to boot? Yes, some would say Conan O'Brien's talk show on TBS has everything a late night viewer could want.
"CONAN" airs Monday-Thursday at 11 p.m. (ET/PT) on TBS. The show is produced by Conaco LLC, with Jeff Ross serving as Executive Producer.

Built on the spirit of Conan O'Brien's brand of smart and silly comedy, Emmy(R) winning Team Coco is a fan-centric multi-platform media company that reaches over 55 million fans per month. Team Coco is driven by O'Brien and a carefully curated network of other top comics, creating an experience that spans across digital and branded content, podcasts, mobile gaming, pay TV, merchandise and live events.

How do you feel about this latest Conan news? Share your thoughts with us in the comments below and don’t forget to stay tuned for all the renew/cancel 2021-2022 and beyond news!