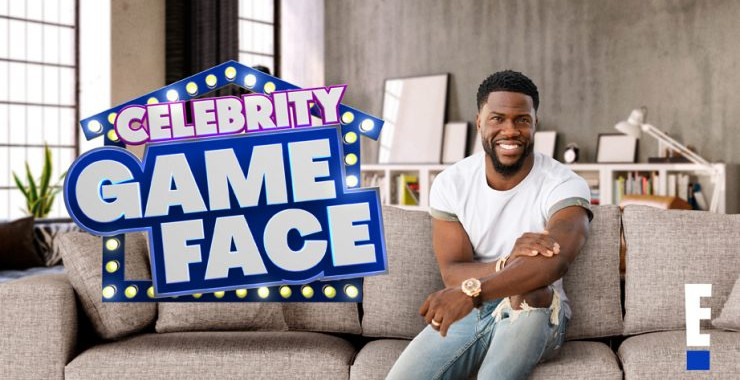 Hosted and executive produced by Kevin Hart, “Celebrity Game Face” returns for season three on Tuesday, June 21st at 9pm ET/PT with new celebrity contestants and wilder games, as the pairings go head-to-head with the hopes of winning the “Hart of Champion” trophy and are awarded money for their charity of choice.

Each team will compete in at-home games such as “Guilty as Charged,” where Kevin accuses one blindfolded member from each team of dirty secrets and their partner guesses if they are guilty or innocent; “Cake Heads,” where each contestant stacks an entire package of cupcakes on their partner’s forehead and “Sounds Fishy,” where the celebrities have to sing five childhood-favorite songs underwater.

Catch up on the first two seasons of “Celebrity Game Face” streaming now on Peacock.

The series features Kevin Hart and his wife Eniko along with couples Terry and Rebecca King Crews, Sarah Hyland and her fiancé Wells Adams, and Joel and Sarah McHale. The Harts lead the teams through a hilarious game night full of fun, fresh and wildly unexpected moments, as the celebrities engage in a range of ridiculous physical challenges that viewers can play along at home. The pairs will show off their teenage dance moves in a tik "talk" challenge, feed each other a messy meal with a twist, attempt to interpret what their partners are saying while their mouths are full and race through their homes to find unexpected items to solve riddles. At the end of the night, the couples are awarded money for their charity of choice, but only one team will win the coveted "Hart of a Champion" trophy, which is a gold statue of baby Kevin Hart.

Wondering how your other E! shows are doing? Check out the E! 2021 TV scorecard page, where you can find the cancel/renew status of all E! TV shows!

How do you feel about this latest Celebrity Game Face news? Share your thoughts with us in the comments below and don’t forget to stay tuned for all the renew/cancel 2021-2022 and beyond news!