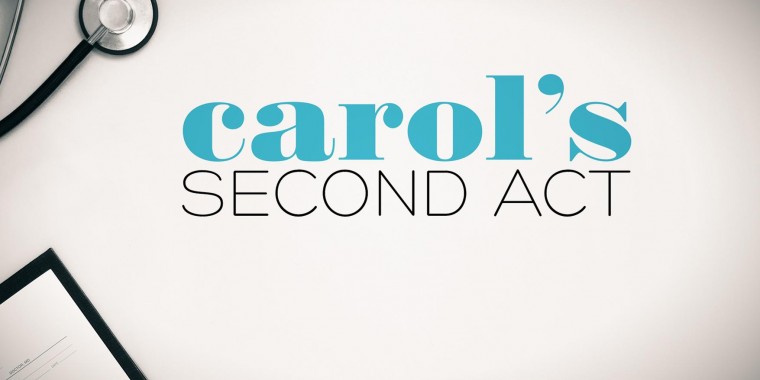 Carol wont be getting a second act on CBS.

The network has cancelled Carol’s Second Act after one poorly-rated first season.

To the surprise of very few, Carol’s Second Act Season 2 will not happen.

CAROL’S SECOND ACT (Thursday, 9:30-10:00 PM)Emmy Award winner Patricia Heaton stars in CAROL’S SECOND ACT, a comedy about a woman who embarks on a unique second act after raising her children, getting divorced and retiring from teaching: pursuing her dream of becoming a doctor. At age 50, Carol is a medical intern and must sink or swim with peers who are half her age. It’s her enthusiasm, perspective and yes, even her age, that may be exactly what will make her second act a great success. Emily Halpern, Sarah Haskins; Patricia Heaton, Adam Griffin, David Hunt and Rebecca Stay (Four Boys Entertainment); Aaron Kaplan and Dana Honor (Kapital Entertainment); and Pamela Fryman (pilot only) are executive producers for CBS Television Studios. Fryman directed the pilot from a script by Halpern and Haskins.CAROL’S SECOND ACT stars Patricia Heaton as Carol Kenney, Kyle MacLachlan as Dr. Frost, Ito Aghayere as Dr. Maya Jacobs, Jean-Luc Bilodeau as Daniel and Sabrina Jalees as Lexie. Lucas Neff guest stars as Caleb.

How do you feel about this latest Carol’s Second Act news? Share your thoughts with us in the comments below and don’t forget to stay tuned for all the renew/cancel 2021-2022 and beyond news!