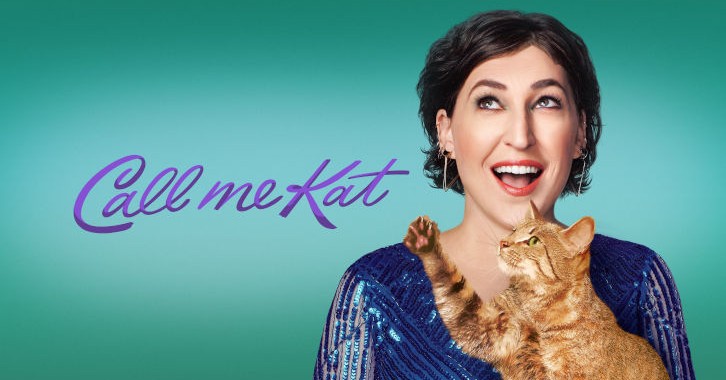 About Call Me Kat TV Show

Based on the British series "Miranda," created by Miranda Hart, CALL ME KAT stars Emmy Award nominee Mayim Bialik as an optimistic and fun-loving woman continuously defying societal expectations, and her mother's wishes, to prove she can live a happy and fulfilling life on her own terms. Her first move? Using her entire savings to open a cat café in Louisville, KY. This season, Kat's back, navigating life's ups and downs with a little more self-assurance and a lot more whimsy. Kat's in her element at her lively cat café, working alongside her friends: Randi (Kyla Pratt), a bold, aspiring artist, and Phil (Emmy Award winner Leslie Jordan), the café's resident baker dipped in southern flair. Across the way, the local piano bar, run by cool, down-to-earth Carter (Julian Gant), remains the gang's favorite watering hole, where Kat's best friend from college, Max (Cheyenne Jackson), slings drinks and charms the patrons. All the while, Kat's mother, Sheila (Emmy Award winner and Golden Globe nominee Swoosie Kurtz), actively keeps tabs on her daughter's romantic life, which found Kat in a tough spot at the end of Season One, having to choose between her new beau, Oscar (Christopher Rivas), or her long-time crush, Max. This year, Kat will find herself in all sorts of predicaments, handling them as only she can - with joy, humor, and positivity. CALL ME KAT is produced by That's Wonderful Productions, Sad Clown Productions and BBC Studios in association with Warner Bros. Television and FOX Entertainment.

"We are excited to renew CALL ME KAT and have Mayim, Cheyenne, Swoosie, Leslie, Kyla and Julian return for their second season. Together, they share a winning chemistry that we, and viewers, adore," said Thorn. "On behalf of everyone here at FOX, congratulations to this incredible cast and our terrific partners at Warner Bros. on delivering this season's #1 new comedy."

Inspired by BBC Studios' British format "Miranda," CALL ME KAT stars Bialik ("The Big Bang Theory") as a woman who struggles every day against society and her mother to prove that she can live a happy and fulfilling life, despite still being single at 39 -- which is why she recently spent her entire savings to open a cat café in Louisville, KY. CALL ME KAT also stars Emmy Award winner and Golden Globe nominee Swoosie Kurtz, Grammy Award nominee Cheyenne Jackson, Emmy Award winner Leslie Jordan, Image Award nominee Kyla Pratt and Julian Gant.

Kat (Mayim Bialik - The Big Bang Theory) is a 39-year-old woman who struggles every day against society and her mother to prove that you can NOT have everything you want - and still be happy. Which is why she spent her life savings to open a Cat Café in Louisville, Kentucky.

How do you feel about this latest Call Me Kat news? Share your thoughts with us in the comments below and don’t forget to stay tuned for all the renew/cancel 2021-2022 and beyond news!