Home | Renewed | Buried in the Backyard Renewed For Season 3 By Oxygen! 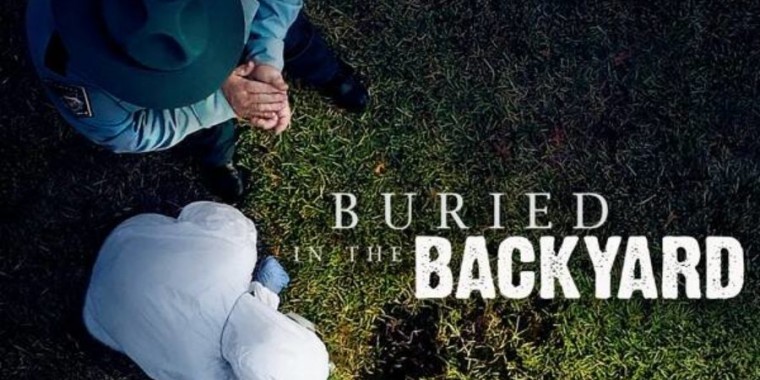 OXYGEN’S “BURIED IN THE BACKYARD” RETURNS FOR SEASON THREE ON THURSDAY, SEPTEMBER 3, AT 8PM ET/PT

· “Buried in the Backyard” premieres on Thursday, September 3, at 8pm ET/PT for an exhilarating third season.

· Each stand-alone hour-long episode will explore a chilling police investigation in which a victim is found buried in the most unexpected place, from the initial jaw-dropping 911 call to detectives desperately looking for answers to ultimately get justice.

· The shock of finding a loved one’s deceased body is one thing, but what happens when the body is found buried in your own home, deep in your backyard, or in the woods by your house where the kids like to play?

· Through the eyes of the victim’s family and friends, local law enforcement, and archival footage, the series will take viewers on a roller coaster of emotions describing the harrowing details of how a body could be found in a place so surprising that even the investigators are startled.

· In the premiere episode, “Blood in the Backyard,” Bonnie Gamboa and her newborn inexplicably vanish from their California home. When blood is discovered in their backyard, a grieving father’s world is flipped upside down and scrutinized. Investigators race against the clock to bring this mother and child home before it’s too late, but in an astonishing twist, an unexpected suspect and a motive built around deception and lies leave investigators and family members stunned.

“Buried in the Backyard” is produced by Renegade 83, an Entertainment One company, with Jay Renfroe, David Garfinkle, Bob Kusbit and Carolyn B. Day serving as executive producers.

About Buried in the Backyard TV Show

The series highlights stories of murder, betrayal, and deceit, proving that people bury a lot more than their secrets. "Buried in the Backyard" examines true-crime stories of victims found hidden in quintessential idyllic spaces. While most people enjoy their backyards as safe havens, others are far less fortunate when they come face-to-face with horrific discoveries lurking beneath their well-trimmed hedges and manicured lawns. Unearthing the human remains is only the beginning, however, as each hour-long episode focuses on a compelling police investigation that unravels the mystery surrounding the victim's identity and cause of death. First-hand accounts from the victim's loved ones and law enforcement agents close to the case, as well as archival footage, come together to unveil each shocking tale. As viewers dive into these dark and twisted stories alongside the investigators and communities searching for answers, they are reminded that this could happen to anyone.

The luckiest moment in a man's life gives way to a dark mystery when he vanishes after winning a multi-million-dollar lottery. Did the pressure of sudden wealth cause him to seek privacy, or is there a more sinister reason no one can find him?

How do you feel about this latest Buried in the Backyard news? Share your thoughts with us in the comments below and don’t forget to stay tuned for all the renew/cancel 2021-2022 and beyond news!