Home | Uncategorised | Bulletproof Renewed For Season 4 By Sky One! 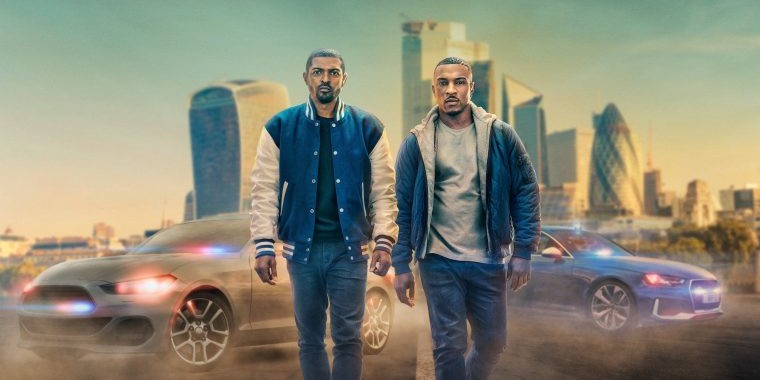 Commission comes ahead of latest series Bulletproof: South Africa launching on Sky One

Noel Clarke and Ashley Walters will very soon reprise their roles as Aaron Pike and Ronnie Bishop in the Bulletproof franchise as Sky announces its commission for a fourth, 8x60’ series to air on Sky One and TV streaming service NOW TV.

After two hugely successful series of the Sky Original, and with the upcoming special third instalment Bulletproof: South Africa hitting screens on 20th January, 9pm, Sky One, audiences will again be reunited with their favourite cop duo. Bishop and Pike are set to be implicated in a grisly murder, leaving their jobs, lives and families hanging in the balance. The pair must use every ounce of skill and tenacity to bring down the most untouchable villain they’ve ever faced.

Shooting is scheduled for later this year in and around London.

Noel Clarke said:“We are ecstatic that Bulletproof has been commissioned for yet another season. It is a testament to the hard-working cast, crew, and everyone behind the scenes making it all happen. We work hard to bring you something entertaining and heartfelt and we hope you enjoy it when it returns!”

Ashley Walters said: “I am so pleased we can continue the journey of Bishop and Pike. This show has stood the test of time because of the heart we put into it. We really appreciate the support we have had from all that have watched. See you again soon.”

Produced by British independent, Vertigo Films, Bulletproof is a hugely successful Sky Original show, becoming one of the highest rating titles on Sky One since launching in 2018.

Allan Niblo, co-founder of Vertigo Films, said: “Bulletproof is a show that pushes the boundaries, and this series will be bigger, bolder and more rebellious than ever, giving viewers something they haven’t seen before. Bulletproof has a unique combination of action and humour, and with Noel and Ashley, a partnership like no other. We can’t wait to share their journey with audiences once again.”

Paul Gilbert, Executive Producer at Sky Studios, said: “This brand-new action-packed adventure for Bishop and Pike will feel truly epic and put their relationship to the ultimate test. We can promise something spectacular and truly entertaining, reflecting Sky’s commitment to offering our viewers world-class drama they cannot find anywhere else.”

The show was commissioned by Zai Bennett, Managing Director of Content at Sky and Paul Gilbert, Executive Producer at Sky Studios Drama. For Vertigo it is Executive Produced by Allan Niblo, co-founder of Vertigo Films. NBCUniversal Global Distribution handle international sales of the series.

Sky is Europe’s leading media and entertainment company and is proud to be part of the Comcast group. Across six countries, we connect our nearly 24 million customers to the best entertainment, sports, news, arts and to our own award-winning original content.

Our technology, including the market leading Sky Q, connects people to everything they love - TV, music, games, online video, fitness and educational content, all in one place, easy. Our streaming service, NOW TV, brings viewers all the enjoyment of Sky with the flexibility of a contract-free service.

Building on the success of Sky Originals like Chernobyl, I Hate Suzie and Brassic, we are doubling our investment in original content by 2024 through Sky Studios. Sky News provides impartial and trustworthy journalism for free, while Sky Arts, the UK’s only dedicated free-to-air arts channel, makes the arts accessible for everyone. Our new TV and movie studio, Sky Studios Elstree, is expected to create over 2,000 new jobs and generate an additional £3 billion of production investment in the UK over the first five years alone.

We believe that we can be a force for good in the communities in which we operate. We’re committed to being Europe’s first net zero carbon entertainment company by 2030. We take pride in our approach to diversity and inclusion: we’ve been recognised by The Times and Stonewall for our commitment to diversity and we’ve put in place a new programme to invest £30million across our markets over the next three years to tackle racial injustice.

After a smash hit first series, Sky original drama Bulletproof returns for a second series in 2020, and to celebrate, Sky has partnered with Charisma.ai, to launch an immersive and gripping Bulletproof Interrogation Game.

In addition to the second series, which is due to air in Spring, Noel Clarke and Ashley Walters have announced that Vertigo Films is producing a three part special, coming to Sky One and NOW TV in Autumn 2020.

Bulletproof Series 2 sees Bishop and Pike going undercover to infiltrate an international crime empire. Their chase for justice will take them from the streets of London to Amsterdam and Cyprus, where they will have to risk everything, including their police badges, to succeed.

Soon after the series end, fans can gear up for the Bulletproof special, which will see Noel and Ashley travelling across the world to sunnier climes in South Africa, where we will see more action, more car chases and a thrilling journey into the underworld of Cape Town.

To give fans a taster of Bishop and Pike’s world, Sky and Charisma.ai will be launching the Bulletproof Interrogation Game on Sky.com at the beginning of 2020, where players are put at the heart of the action-packed cop drama, as they become an active participant in a crime story, taking direction from our favourite cop duo.

During the interactive experience, you (‘the player’) help Pike and Bishop prevent a series of murders. A suspected serial killer has been arrested and will only talk to you. They have lined up three potential victims and what you say will affect who is spared and who is not. It’s a race against time to get the information Bishop and Pike need from the suspect. Act fast, and you’ll be able to save each of the victims, but who is really interrogating who...?

You will also take part by speaking – with your voice via your laptop – to the suspect and to characters from the show who provide direction and support in the interrogation.

The launch of the Bulletproof Interrogation Game is the latest example of Sky’s innovative storytelling, bringing cutting-edge technologies to customers.

Executive Producer Allan Niblo, for Vertigo Films, said “Bulletproof is a show that has always broken new ground, and the Interrogation Game utilises cutting edge AI and means that fans can get into its world like never seen before. It’s a tremendously exciting new universe”.

Cameron Roach, Director of Drama, Sky Studios said, “We are thrilled to be continuing to grow the Bulletproof franchise , with our special airing hot off the heels of Series 2, and our new Interrogation Game bringing the show’s brand to life.”

How do you feel about this latest Bulletproof news? Share your thoughts with us in the comments below and don’t forget to stay tuned for all the renew/cancel 2020-21 and beyond news! 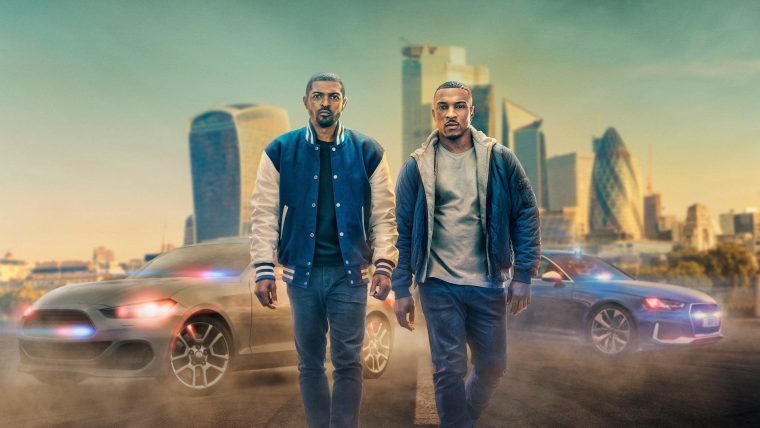