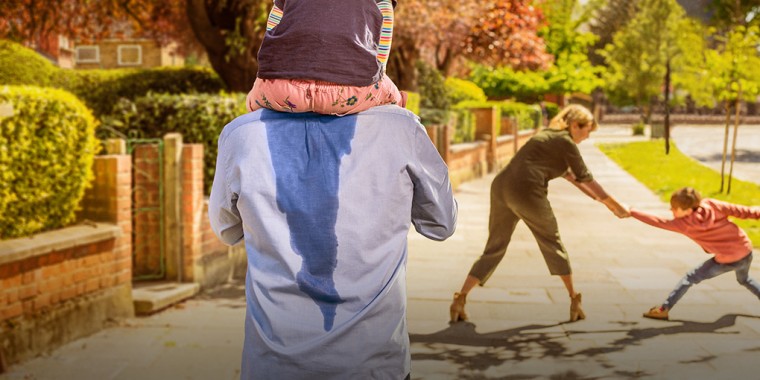 LOS ANGELES, May 27, 2021 - Breeders, the comedy series that explores the challenges of modern parenting, has been renewed for a third season on FX, it was announced today by Nick Grad, President, Original Programming, FX Entertainment. The series starring Martin Freeman and Daisy Haggard, which recently completed its second season, is set to return next year.

"Through two seasons, we've watched 'Paul,' 'Ally' and their children grow as a family in ways that are reassuring and sometimes concerning," said Grad. "Martin Freeman and Daisy Haggard are brilliant as the flawed but devoted parents and we are glad that they, along with Simon Blackwell, Chris Addison and the rest of the creative team and cast, are bringing the series back for a third season that will take us along for the next stage in this family's journey."

Martin Freeman commented: "I'm very happy to get to do another season of the show. We're delighted that FX is with us in spending time with the Worsleys, and hopefully let the audience see that, once again, no, they're not alone."

Simon Blackwell added: "Delighted that we've got three seasons. One more and it's a pizza. This is such a superb team to work with, and it's a pleasure and a privilege to make the show. I can't wait to see what terrible and brilliant but let's face it mainly terrible things will happen to the Worsley family in the next 10 episodes."

Daisy Haggard said: "I'm so excited to get to tell another chapter of this story. It's such a privilege to be in such fine company and such masterful hands!!"

Chris Addison said: "Apart from the sheer joy of working with this incredible team, very little gives us more pleasure than putting Paul and Ally through the wringer, so we're thrilled that FX have decided to give us this shiny new third wringer to put them through. I'm intrigued to see what shape they come out the other side."

Jon Thoday, Executive Producer at Avalon, said: "We're delighted with FX's commitment to Breeders, whose support for this exciting show has been excellent."

Breeders explores the parental paradox that you'd happily die for your children, but quite often also want to kill them.

In season two, now available to stream on FX on Hulu, "Luke" (Alex Eastwood) is now 13 years old and "Ava" (Eve Prenelle) is 10, serving up brand new parenting challenges for "Paul" (Martin Freeman) and "Ally" (Daisy Haggard). Luke's increasing anxiety and Ava's growing independence add some new and uncharted complications into the existing chaotic mix of stretched resources, lack of time and the fine art of winging it while looking like you know what you're doing. Paul's parents, "Jackie" (Joanna Bacon) and "Jim" (Alun Armstrong) are older too, as is Ally's mother "Leah" (Stella Gonet), leading Paul and Ally to find that they now have to parent the generation above them as well as the generation below. And at the center of all this is Paul and Ally's relationship. Can they survive the new pressures as they just-about survived the old ones? Or is there a finite number of ropes you can find yourself at the end of?

Wondering how your other FX, Sky 1 shows are doing? Check out the FX, Sky 1 2021 TV scorecard page, where you can find the cancel/renew status of all FX, Sky 1 TV shows!

How do you feel about this latest Breeders news? Share your thoughts with us in the comments below and don’t forget to stay tuned for all the renew/cancel 2021-2022 and beyond news!