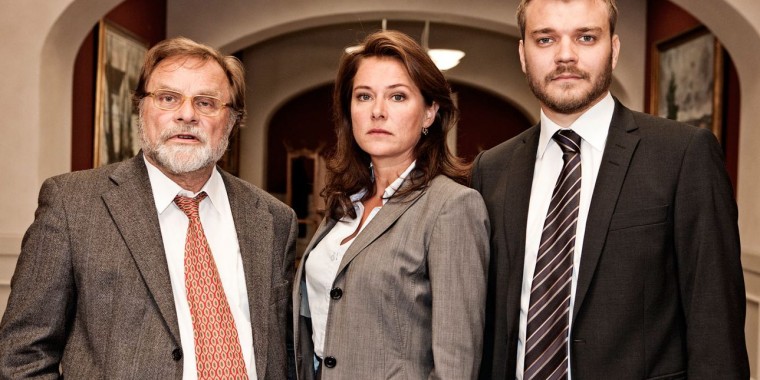 Borgen Season 4 is set to premiere in 2022 on DR before it hits Netflix in the same year.

Copenhagen, Denmark. 29 April, 2020 – Netflix and DR, the Danish Broadcasting Corporation, today announced that Borgen is back. For the first time ever, the first three seasons of Borgen will be available on Netflix globally later this year, with brand new episodes of the critically acclaimed political drama landing on the service in 2022.

The new Borgen, which will premiere on DR before becoming available on Netflix around the world, reunites the creative team and talent behind the Peabody- and BAFTA Award Winning series. That includes creator Adam Price and lead actresses Sidse Babett Knudsen as Birgitte Nyborg and Birgitte Hjort Sørensen as Katrine Fønsmark

Borgen will be produced by SAM Productions, a Danish screenwriter-based production company, and is written by Adam Price (Borgen, Ragnarok). The executive producer is Meta Louise Foldager Sørensen (Antichrist, Melancholia) and the producer is Stine Meldgaard Madsen (Ragnarok, Something’s Rockin’).

In the new Borgen we will again follow Birgitte Nyborg (Sidse Babett Knudsen), her staff and the media tasked with covering her, this time in her role as Foreign Minister. The show will also follow Katrine Fønsmark’s (Birgitte Hjort Sørensen) journey. After being Birgitte’s head of press for a while, in the new season she is back in journalism where she has landed a job as news director for a large, nationwide television station.

Christian Rank – Drama Director DR: “Borgen is a unique Danish story about the political and personal drama that unfolds among the people in charge of leading our country. We are very excited that we in partnership with Netflix are able to bring Borgen and its characters back to life. We look forward to revisiting the universe and the characters to tell a current and highly topical story about a hot political topic with international implications.’’

Lina Brouneus – Director co-production & acquisition at Netflix: ”Ten years ago Borgen helped redefine the global television landscape, showing that great stories can come from anywhere and be loved everywhere. We are immensely proud to partner with DR and the whole creative team to bring this worldwide phenomenon back and to give Borgen’s legion of fans the chance to be gripped once again.’’

The new season of Borgen again follows Birgitte Nyborg (Sidse Babett Knudsen), her staff and the media tasked with covering her, this time in her role as Foreign Minister. The show will also follow Katrine Fønsmark's (Birgitte Hjort Sørensen) journey. After being Birgitte's head of press for a while, in the new season she is back in journalism where she has landed a job as head of the news department for a large, nationwide television station.

Sidse Babett Knudsen: "We're finally getting started with Borgen again, and it's definitely about time. I have been looking forward to this moment so much that I feel like I am about to explode. I look forward to meeting all the new characters, people on both sides of the camera (and the desks) and to revisiting the 'old ones' from the first seasons. You should be careful with what you say, but I have sky-high expectations on this project. And most of all, I look forward to moving back into Birgitte Nyborg. What a privilege to be able to ride the carousel once again with this character that I love so much."

Mikkel Boe Følsgaard: "5-6 years ago, I lived in England for a period of time. When I told people over there that I was from Denmark, it wasn't Michael Laudrup, Queen Margrethe nor Aqua they started to talk about; it was Borgen. Everyone had seen it. Everyone wanted to discuss it. Everyone praised it. I look forward to getting started with the production and to become a part of Borgen's universe. I am incredibly happy and proud to be able to carry on the legacy of one of the biggest Danish TV series, a series that has paved the way for the great success that Danish TV has had for many years, and which all of us in the film and TV industry now stand on the shoulders of."

The new Borgen will launch in 2022. All episodes will premiere on DR before becoming available on Netflix around the world.

Wondering how your other DR1, Netflix shows are doing? Check out the DR1, Netflix 2021 TV scorecard page, where you can find the cancel/renew status of all DR1, Netflix TV shows!

How do you feel about this latest Borgen news? Share your thoughts with us in the comments below and don’t forget to stay tuned for all the renew/cancel 2021-2022 and beyond news!