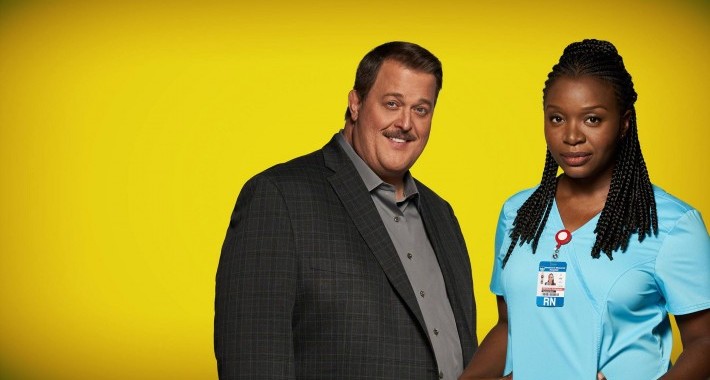 CBS announced today that it has renewed television's #1 new hit comedy GHOSTS and its popular Monday night block of THE NEIGHBORHOOD and BOB ♥ ABISHOLA, television's #3 and #4 comedies, respectively, for the 2022-2023 broadcast season. The CBS Original series join #1 comedy YOUNG SHELDON, which was previously renewed for three additional years, beginning with the 2021-2022 broadcast season. All told, television's top four comedies are on CBS and returning for the 2022-2023 season.

"We're thrilled to bring back television's four most-watched comedies for next season, and I'm proud of the incredible team that maintains CBS' position as the clear leader in comedy," said Kelly Kahl, President, CBS Entertainment. "Joe Port and Joe Wiseman, together with a breakout cast and exceptional writers, have done a superb job of adapting GHOSTS for the U.S. and absolutely making it their own. This smart and charming show is delivering new creative highs, not to mention scaring up new audience highs, every week."

"And on Mondays, the perfect pairing of THE NEIGHBORHOOD and BOB ♥ ABISHOLA continues to deftly blend belly laughs with relatable and culturally relevant storylines, thanks to these exceptionally talented actors and outstanding creative teams," Kahl continued.

From award-winning creator, executive producer and writer Chuck Lorre, BOB ♥ ABISHOLA is a love story about a middle-aged compression sock businessman from Detroit who unexpectedly falls for his cardiac nurse, a Nigerian immigrant, while recovering from a heart attack and sets his sights on winning her over. Undaunted by Abishola’s (Folake Olowofoyeku) lack of initial interest or the vast differences in their backgrounds, Bob (Billy Gardell) is determined to win Abishola’s heart, in this comedic examination of immigrant life in America. Chuck Lorre, Eddie Gorodetsky, Al Higgins and Beth McCarthy-Miller (pilot only) are executive producers for Chuck Lorre Productions in association with Warner Bros. Television. McCarthy-Miller directed the pilot from a script by Lorre, Gorodetsky, Higgins and Gina Yashere.BOB ♥ ABISHOLA stars Billy Gardell as Bob, Folake Olowofoyeku as Abishola, Christine Ebersole as Dottie, Matt Jones as Douglas, Maribeth Monroe as Christine, Vernee Watson as Gloria, Shola Adewusi as Auntie Olu, Barry Shabaka Henley as Uncle Tunde and Travis Wolfe Jr. as Dele.

How do you feel about this latest Bob Hearts Abishola news? Share your thoughts with us in the comments below and don’t forget to stay tuned for all the renew/cancel 2021-2022 and beyond news!