Home | Cancellations & Renewals | Bloodlands Renewed For Season 2 By BBC One! 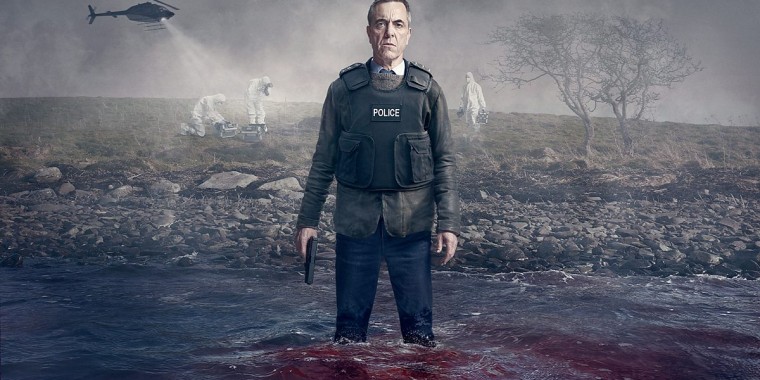 HTM Television’s ratings-hit Bloodlands, starring James Nesbitt, will return for a second series on BBC One and BBC iPlayer.

Chris' scripts shine a light on to tensions in Northern Ireland, both historic and present day, and it’s a testament to his skills as a dramatist, to a virtuoso performance from Jimmy Nesbitt and the care taken by all at HTM Television, that the series has been so beloved by audiences in Northern Ireland and throughout the UK.”

Bloodlands launched with an average of 8.2 million viewers, making it the biggest new BBC drama launch since last June. In Northern Ireland, the premiere episode had a 52 percent consolidated audience share (live and time-shifted viewing), making it the highest BBC drama to launch locally on record. Following this success, the BBC have ordered a second series from writer Chris Brandon, who had his first original drama commission in Bloodlands.

The critically acclaimed 'Irish-noir' drama which has kept the nation hooked for the past four weeks concluded tonight, as audiences were shocked by the revelations about the complex character of DCI Tom Brannick and what his future might entail.

The cat-and-mouse thriller is rooted in Northern Ireland, and filming will take place once again in Belfast and the surrounding areas, including Strangford Lough. This is the latest commission to be announced as part of the BBC and Northern Ireland Screen partnership agreement. The successful partnership, which is soon to be renewed for its third term, continues to support the screen industry in Northern Ireland and help ensure that content filmed and set in Northern Ireland is brought to audiences across the UK and internationally.

Piers Wenger, Director of BBC Drama, says: “We've been overwhelmed by the audience response to Bloodlands and are thrilled to announce that the series is returning. Chris' scripts shine a light on to tensions in Northern Ireland, both historic and present day, and it’s a testament to his skills as a dramatist, to a virtuoso performance from Jimmy Nesbitt and the care taken by all at HTM Television, that the series has been so beloved by audiences in Northern Ireland and throughout the UK.”

Jed Mercurio, Executive Producer, HTM Television, says: "Everyone at HTM Television is thrilled our debut production has been recommissioned. It's a tribute to the quality of Chris Brandon's writing, the hard work of our crew and the brilliant performance of our cast led by James Nesbitt. We're grateful for the outstanding support we've received from the BBC and Northern Ireland Screen and can't wait to reward Bloodlands fans with another twisty case for Brannick and co."

James Nesbitt, says: “I’m thrilled that viewers responded to Bloodlands so positively and that we will be returning for a second series. I’m always happy to be back in Northern Ireland and to reveal even more about Tom Brannick.”

Writer Chris Brandon says: “I’m absolutely delighted that Tom Brannick’s story will continue with a new series of Bloodlands. It has been phenomenal to get such a positive response to James Nesbitt’s astounding performance, and the excellent work of his fellow cast and crew. What a privilege to begin another adventure with HTM Television and the BBC, in Northern Ireland - I can’t wait.”

Richard Williams, Chief Executive, Northern Ireland Screen, says: “It gives us a great sense of pride to see millions of viewers across the UK tune into a drama not just made, but set in Northern Ireland. We are delighted that Bloodlands has been renewed, I’m sure HTM Television, Chris Brandon and our incredibly talented local crew will deliver another fantastic series. We can’t wait to see what lies ahead for Brannick.”

Bloodlands is the first drama from Jed Mercurio’s Production Company and he will continue to serve as an Executive Producer alongside Mark Redhead and Jimmy Mulville for HTM Television and Tommy Bulfin and Tom Lazenby for the BBC. Bloodlands was recommissioned by Piers Wenger, Director of BBC Drama and Charlotte Moore, BBC Chief Content Officer.

How do you feel about this latest Bloodlands news? Share your thoughts with us in the comments below and don’t forget to stay tuned for all the renew/cancel 2021-2022 and beyond news!