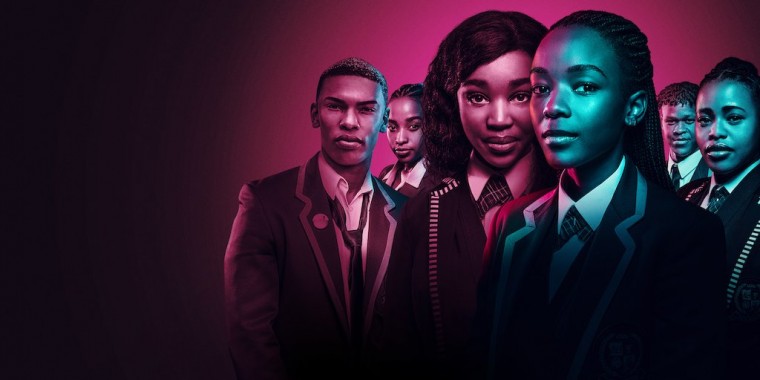 A 16-year-old gets herself transferred to the same high school as a girl whom she suspects is her sister, who was kidnapped at birth 17 years earlier.

THE PARKHURST CREW IS BACK! "BLOOD & WATER" RETURNS FOR SEASON 2

-- Millions of viewers worldwide will be delighted to hear that the African Original Series, Blood & Water, which trended in multiple countries across the globe has been renewed for a second season --

Today, Netflix announced that Blood & Water has been renewed for a second season.

In the second season, we will see Puleng and Fikile deal with the consequences of their explosive confrontation as more mystery and drama unfolds.

Returning Showrunner and Director Nosipho Dumisa commented "Blood & Water's success is a testament to the hard work put in by the entire team towards expanding the African narrative in a new and exciting direction. It's a privilege and a blessing to return to our beloved characters, as we delve further into the greater mystery and scandals of their world. Parkhurst is about to get really messy."

Dorothy Ghettuba who leads African Original Series at Netflix commented: "We are thrilled at the joy and excitement Blood & Water has brought to our viewers around the world. We know our viewers were left with questions and those answers await them in the second season of Blood & Water. We're even more delighted to share our continued commitment to showcase only the best-in-class young adult stories that reflect more young people's lives on screen, especially now in June as South Africa observes Youth Month."

Gambit Films will return as the production team behind season 2, Executive Producer Bradley Joshua adds 'We are humbled and extremely pleased that Season 1 has had the success that it has and we can't wait to welcome everyone back for an even more exciting Season 2'

At Parkhurst College, a prestigious inner-city school for Cape Town's elite scholars and academic overachievers, we follow the exploits of the intelligent, proactive and impulsive 16- year-old Puleng Khumalo, who engineered her transfer to the school to investigate the 17-year old cold case of her abducted-at-birth older sister.

How do you feel about this latest Blood & Water news? Share your thoughts with us in the comments below and don’t forget to stay tuned for all the renew/cancel 2021-2022 and beyond news!