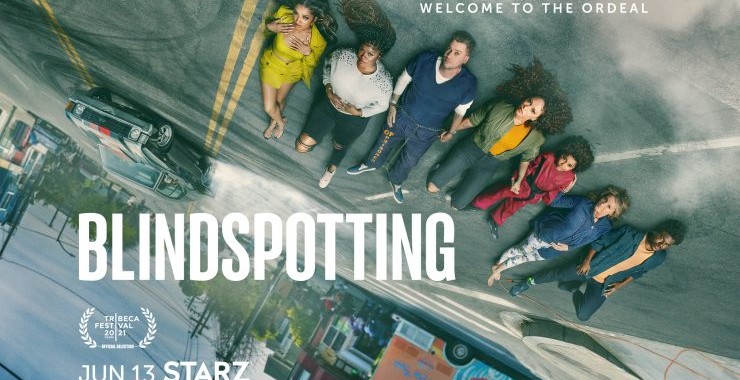 "Blindspotting," the electrifying breakout dramedy that debuted to critical acclaim, has been renewed by STARZ for a second season. Certified Fresh at 100% on Rotten Tomatoes, the half-hour series is executive produced by Rafael Casal and Daveed Diggs. Casal also leads as the series showrunner and returns to reprise his role as "Miles."

"The award-worthy artistry and creativity that Rafael, Daveed and the entire 'Blindspotting' team poured into the series took the comedy genre to a new level and I can't wait to see what they have in store for season two," said Jeffrey Hirsch, President and CEO at STARZ. "The series deservedly garnered critical acclaim and is a wonderful example of our programming mandate focused on unique, authentic stories by, about and for women and underrepresented audiences."

From Executive Producers Rafael Casal and Daveed Diggs: "We are overwhelmed by the outpouring of love for Season 1, and have been hard at work for the last few months crafting the next chapter of this Bay story. We are so excited to bring the next season to life with the incredible artistry of our cast and crew, and our partners STARZ and Lionsgate. They done fucked around and gave us more runway, so welcome back to the ordeal!"

In addition to Casal and Diggs, Jess Wu Calder and Keith Calder of Snoot Entertainment (One Night In Miami, Anomalisa) serve as executive producers of the series. Emily Gerson Saines, Ken Lee, and Tim Palen of Barnyard Projects also serve as executive producers. Senior Vice President of Original Programming Kathryn Tyus-Adair is the executive overseeing "Blindspotting" on behalf of STARZ. Maggie Leung and Claire Wendlandt are the executives overseeing the series on behalf of Lionsgate.

Season one of "Blindspotting" picked up six months after the end of the film. "Blindspotting" centers on Ashley, who is nipping at the heels of a middle class life in Oakland until Miles, her partner of 12 years and father of their son, is suddenly incarcerated, leaving her to navigate a chaotic and humorous existential crisis when she is forced to move in with Miles' mother and half-sister.

Following a successful global premiere last June on the STARZ premium international streamer, STARZPLAY, which aired the series across Europe, Latin America and Japan, "Blindspotting" was recently selected to participate in the International Series Competition for the Reflet d'Or 2021 award at the 27th edition of the Geneva International Film Festival (GIFF), which will take place next month in Geneva, Switzerland.

How do you feel about this latest Blindspotting news? Share your thoughts with us in the comments below and don’t forget to stay tuned for all the renew/cancel 2021-2022 and beyond news!