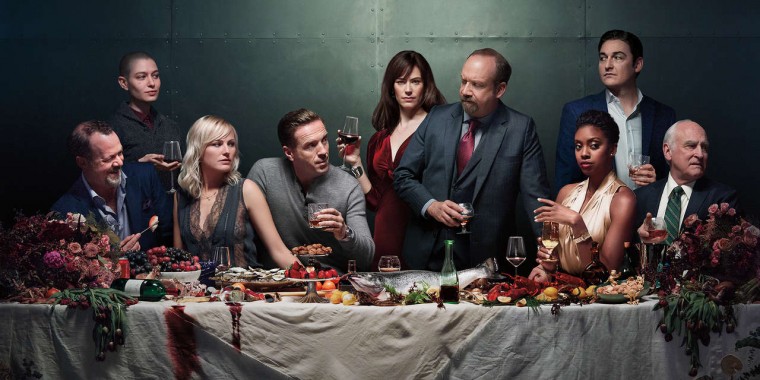 The cabler has renewed the popular drama for Season 7, Cancelled Soon TV has confirmed.

Billions Season 7 is expected to premiere in early 2023.

In season six of BILLIONS, the dust of season five clears to reveal a world that has evolved. With Axe (Damian Lewis) gone and Michael Prince (Stoll) assuming his place, Chuck (Giamatti) must develop a new strategy that is keener and more sophisticated than before. All the players, from Wags (David Costabile) to Wendy (Siff), from Taylor (Asia Kate Dillon) to Sacker (Condola Rashad), and of course Senior (Jeffrey DeMunn), must sharpen their weapons and look for new alliances in order to survive. Daniel Breaker (Girls5eva), who stars as Scooter, the brilliant and locked-down Chief of Staff for Prince, has been upped to series regular. The ground is ever shifting and the stakes absolute. New king, new war, new rules.

How do you feel about this latest Billions news? Share your thoughts with us in the comments below and don’t forget to stay tuned for all the renew/cancel 2021-2022 and beyond news!