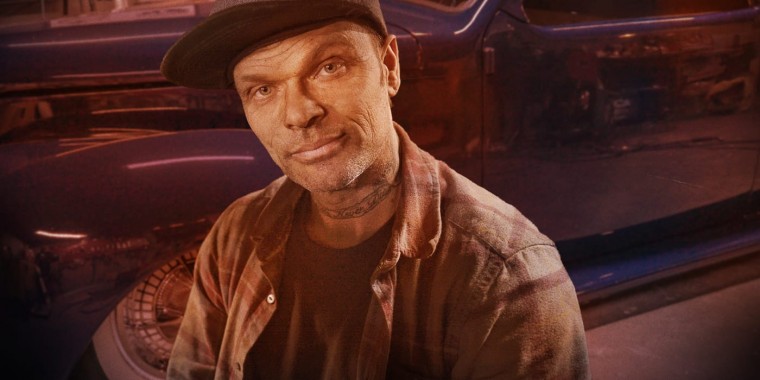 THE BADDEST BUILDS IN TOWN: AN ALL NEW SEASON OF “BAD CHAD CUSTOMS” PREMIERES AUGUST 17 ON DISCOVERY

When it comes to cars, there’s only one master builder in the world who can take scraps of junkyard metal and turn them into award-winning, one of-a-kind creations. But after getting a taste of small-town success, he’s ready to take his business legit and rebrand to become an international success.

Mastermind “Bad Chad” Hiltz returns with bigger, better and more ingenious builds than ever before in an all new season of BAD CHAD CUSTOMS, premiering Monday, August 17 at 10pm ET/PT on Discovery. In addition to watching BAD CHAD CUSTOMS on Discovery, viewers can join the conversation on social media by using the hashtag #BadChad and following DISCOVERY MOTOR on Facebook, Twitter, and Instagram.

Chad Hiltz, aka ‘Bad Chad,’ and his small, hand-built auto shop in a rural town were first put on the map by Chad’s one-of-a-kind custom hot-rods. Using only basic tools and a limited budget, Chad and his team which includes his fiancé Jolene and son Colton, will use anything they can get their hands on to transform simple cars into imaginative, one of a kind customs.

This season, Chad and the unconventional, newly branded ‘Hiltz Auto Co’ team are more ambitious than ever as they attempt a record seven builds in under six months. The team’s first challenging build under the new banner of ‘Hiltz Auto Co’ is to transform a stubborn 1957 Cadillac into a futuristic roadster fit for a king. Continuing to push his limits, Chad also undertakes his first-ever motorcycle build to create a unique custom for a local body shop owner in time for the Wharf Rat Bike Rally only weeks away.

From flashy dump trucks, to open-wheel racecars, there’s no limit to what Chad and his team can build -but expanding business may just be their toughest build yet.

In a small, hand-built shop in a rural town lives a car artist like no other: Chad Hiltz aka “Bad Chad”. His one-of-a-kind creations spring from his imagination, a mind that never stops. Isolated and without extra spending money, Chad always had to be creative and resourceful. Using only basic tools and his limitless ingenuity, Chad will incorporate literally anything into his car builds, parts from a boat, airplane, even an old locker. Part MacGyver, part Willy Wonka, if Bad Chad can imagine it, he will find a way to build it.

“Chad Hiltz could build a Bugatti out of a chicken coop,” explains one of Chad’s admiring neighbors. Already a legend in his community, Chad is now ready to take on the world. With the help of his Green Goblin Customs team - shop manager and fiancé Jolene, son Colton, lifelong friend and builder Aaron, and mechanic Alex – Chad builds one-of-a kind vehicles with whatever he can find. His unique creations include The Bat out of Hell, which has kitchen cabinet door knobs and a dorsal fin and The Green Goblin which has its engine in the back, trunk in the middle, and no doors.

Each episode takes viewers into the mad mind of Chad as the team works together to build some of the most outrageous vehicles ever seen. The excitement is in the journey, watching Chad’s creative mind create one of a kind masterpieces on a workingman’s budget.

The series also highlights the evolving relationship between Chad and his son Colton. Growing up, the limited time Colton spent with his father had a great impact on his love for cars. Now working with his father full-time as an apprentice, Colton dives head first into the world of custom cars. And while Chad may be hard on him at times, Colton is thick-skinned and eager to learn the family business.

How do you feel about this latest Bad Chad Customs news? Share your thoughts with us in the comments below and don’t forget to stay tuned for all the renew/cancel 2021-2022 and beyond news!