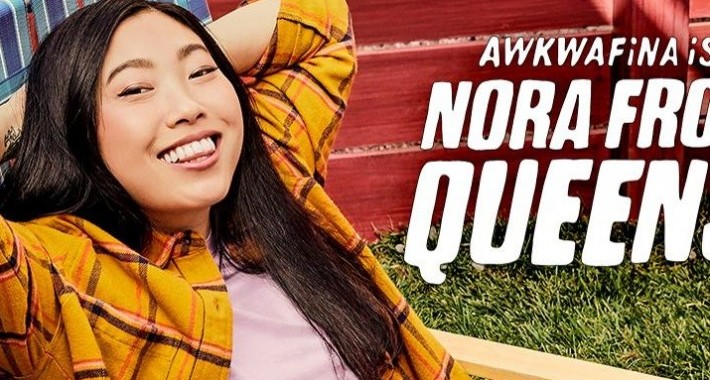 Comedy Central is banking on you loving Awkwafina is Nora From Queens.

The cable network has renewed the scripted comedy for Season 2, set to premiere in 2021.

The renewal comes ahead of the show’s January 22 series premiere.

About Awkwafina Is Nora from Queens TV Show

Comedy Central today announced a season two pickup for the highly-anticipated Awkwafina is Nora From Queens, ahead of its series premiere on Wednesday, January 22 at 10:30pm ET/PT.

Golden Globe winner Awkwafina (The Farewell, Crazy Rich Asians) stars in the half-hour scripted comedy inspired by her real-life growing up in Queens, NY. Raised by her Dad (BD Wong) and Grandma (Lori Tan Chinn) alongside her cousin (Bowen Yang), Nora Lin leans on her family as she navigates life and young adulthood in outer borough-NYC. Watch the season one trailer here.

"We are in awe of Awkwafina's creative genius on every level and we could not be more excited to embark on a season 2 with the entire Lin family in Awkwafina is Nora From Queens," said Sarah Babineau and Jonas Larsen, Co-Heads of Original Content.

Awkwafina is Nora From Queens is executive produced by Nora Lum, Karey Dornetto, Lucia Aniello, Teresa Hsiao, Peter Principato and Itay Reiss of Artists First. Sarah Babineau and Rachel Olson are the Executives in Charge of Production for Comedy Central.

The announcement comes as Comedy Central closed 2019 as the #1 full day entertainment cable network with M18-34 (.24 rating), driven by strong-performing originals, including South Park, cable's #1 primetime comedy for the 7th year in a row. Among the key P18-49 demo, the #1 brand increased year-over-year ratings for the first time since 2013 (.18 rating in 2018 to a .19 rating in 2019). Comedy Central also recorded massive social and digital growth for the calendar year, with its best year ever for both views (7.5 billion video views, +41% year over year) and watch time (16 billion watch minutes, +66% year over year). For more on Comedy Central's 2019 performance, click here.

Comedy Central gives audiences access to a world of super funny, personally relatable, culturally relevant, and provocative comedy that tells the funny truths of life, every day and everywhere. From award-winning late-night, scripted and animated series to stand-up specials, short-form and sketch, Comedy Central has it all. A subsidiary of ViacomCBS, Comedy Central is available to more than 300 million households in over 150 countries across the globe.

How do you feel about this latest Awkwafina Is Nora from Queens news? Share your thoughts with us in the comments below and don’t forget to stay tuned for all the renew/cancel 2021-2022 and beyond news!