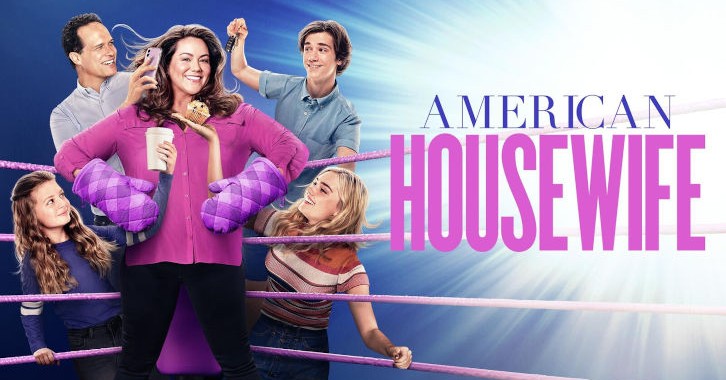 Sorry to say that #AmericanHousewife will not be returning for another season
It was an absolute honor to work w the entire cast (new&original) the crew and the writers and i want to thank our fans for all your support over the years
I’ll miss playing Greg
He was a sweet man
❤️✌????

The comedy stars Mike and Molly's Katy Mixon as Katie Otto, a confident, unapologetic wife and mother of three, raises her flawed family in the wealthy town of Westport, Connecticut, filled with "perfect" mommies and their "perfect" offspring.

On the next episode of "American Housewife," entitled "Flavor of Westport," Katie teams up with Oliver in hopes of growing her lasagna-making endeavor from hobby to serious business venture. Meanwhile, a bout of writer's block forces Greg to look at new career opportunities. When a young YouTube sensation enlists Greg's help to ghostwrite his memoir, Greg is pushed out of his comfort zone on an all-new "American Housewife," FRIDAY, NOV. 15 (8:00-8:30 p.m. EST), on ABC. Episodes can also be viewed the next day on ABC.com, the ABC app and Hulu.

"Sarah Dunn created something special with hit comedy 'American Housewife,' and the Otto family continues to entertain on a level that is relatable and hilarious. As Katie Otto, Katy Mixon delivers a welcome comedic relief with her acerbic take on life. These are two of the funniest, sharpest fish-out-of-water comedies on television. We're proud of their incredible creative teams and look forward keeping viewers laughing this season."

How do you feel about this latest American Housewife news? Share your thoughts with us in the comments below and don’t forget to stay tuned for all the renew/cancel 2021-2022 and beyond news!