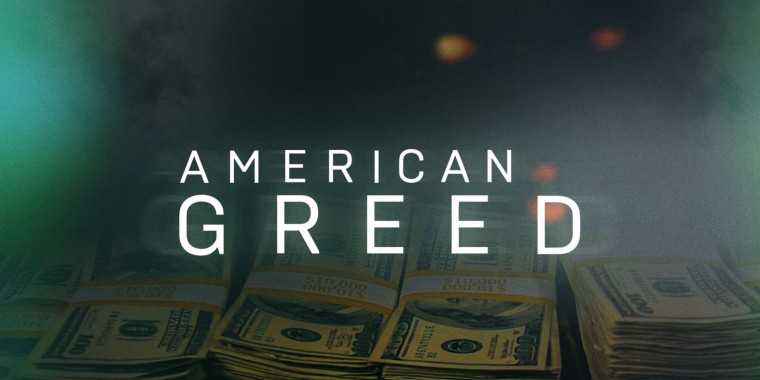 CNBC has given the green light to more American Greed.

The hit documentary series will return for a 12-episode 16th season this fall.

CNBC announced the network has ordered 12 new episodes of its longest-running primetime original series, "American Greed." The first six episodes of season 15 posted the series' highest ratings in five years.* Narrated by legendary actor Stacy Keach, "American Greed" takes you inside the shocking stories that expose how far some people will go for money. Currently in its 15th season, "American Greed" returns this fall with a deep dive into all-new stories ripped from the headlines.

"'American Greed' is an iconic CNBC franchise that continues to grow a loyal and passionate fanbase," said Denise Contis, Executive Vice President and Head of Content, CNBC Primetime. "We are committed to delivering the most compelling stories, fresh insights and shocking evidence of greed to our engaged audience."

New episodes this fall include the rise and fall of the founder of hydrogen and electricity powered semitruck company Nikola; a dating app scammer who wooed well-to-do women; a powerful polygamist cult running a billion-dollar, mob-like empire; and a notorious example of the jaw-dropping estimated $64 billion that has been lost to COVID relief fraud.

Catch up on fan-favorite episodes with "American Greed" marathons this Friday, April 1st from 8PM - 12AM ET and Saturday, April 2nd from 7PM - 2AM on CNBC.

"American Greed" is also available on Peacock, on demand and anywhere you stream CNBC.

CNBC's award-winning series "American Greed" explores the dark side of the American Dream - where money seduces, power corrupts, and the line between right and wrong blurs fast. From brazen con artists to CEOs with secrets, each episode goes beyond the sensational headlines to tell a tale of excess and outrage, using first-hand accounts from the key players themselves.

Wondering how your other CNBC shows are doing? Check out the CNBC 2021 TV scorecard page, where you can find the cancel/renew status of all CNBC TV shows!

How do you feel about this latest American Greed news? Share your thoughts with us in the comments below and don’t forget to stay tuned for all the renew/cancel 2021-2022 and beyond news!