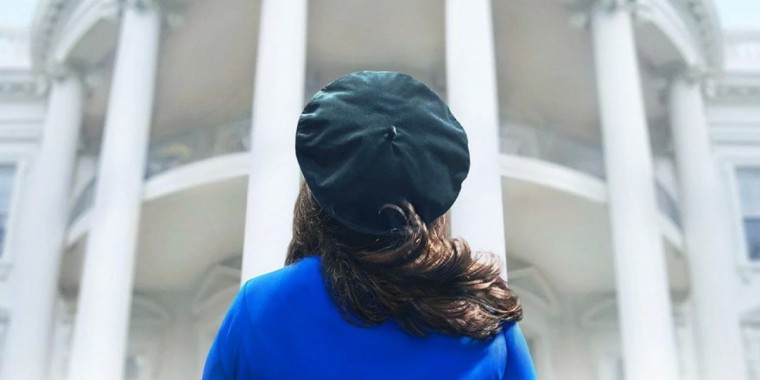 FX Is in Development on the Next Installment of American Crime Story Franchise “STUDIO 54: AMERICAN CRIME STORY”

FX Is in Development on the Next Installment of American Crime Story Franchise "STUDIO 54: AMERICAN CRIME STORY"

Since Murphy Launched the "American Story" Franchise with American Horror Story in 2011, AHS and American Crime Story Have Combined to Earn 141 Emmy Nominations and Have Won 33 Emmy Awards

Ryan Murphy's 'American Story' banner launched in 2011 with American Horror Story followed by its first spinoff title American Crime Story (2016), the latter on which he partners with Jacobson and Simpson. Both limited series are produced by 20th Television and FX Productions. In addition to American Horror Story and American Crime Story, as well as the aforementioned orders of American Sports Story and American Love Story, FX and Hulu recently launched the successful episodic anthology spinoff, AMERICAN HORROR STORIES. In total, the 'American Story' franchise shows have earned 141 Emmy nominations and won 33 Emmy Awards.

"When Ryan Murphy came to us with these two spinoffs and the stories for American Sports Story and American Love Story, we immediately jumped at the opportunity," said Landgraf. "What began with American Horror Story has spawned some of the best and most indelible programs of our generation, most notably American Crime Story which created a beautiful partnership between Ryan, Brad, Nina and Brad. Their alchemy and the way in which they construct these stories is done with such care, such clarity and such dimensionality that creates the magnificence that is The People v. O.J. Simpson, The Assassination of Gianni Versace and Impeachment. We can't wait to see what comes next."

Walden said, "More than a decade ago, Ryan Murphy expressed interest in expanding the American Horror Story model to be able to tell different 'American' stories, which have long captivated so many of us. It was a brilliant idea. Adding these new installments to the franchise will enable Ryan, Brad, Nina and Brad and their talented teams to tackle riveting stories outside of the horror and crime genres. This group has done a truly amazing job of examining situations we think we know everything about and making us realize that there was so much more there than what we had been told. Many of us at 20th Television, FX and FXP have worked together on this franchise since the very beginning and it has been a privilege. It's been an incredible partnership and collaboration and we're looking forward to these new chapters."

American Sports Story is a scripted anthological limited series focusing on a prominent event involving a sports figure and re-examines it through the prism of today's world, telling that story from multiple perspectives.

The first installment of American Sports Story is based on the podcast Gladiator: Aaron Hernandez and Football Inc from the Boston Globe and Wondery. The limited series charts the rise and fall of NFL superstar Aaron Hernandez and explores the connections of the disparate strands of his identity, his family, his career, his suicide, and their legacy in sports and American culture

Murphy is represented by CAA and Craig Emanuel of Paul Hastings.

American Love Story is a scripted anthology series of sweeping true love stories that captured the world's attention.  The first installment depicts the whirlwind courtship and marriage of John F. Kennedy Jr. and Carolyn Bessette. What started out as a beautiful union for the young couple, widely regarded as American royalty, began to fray under the stress of the relentless microscope and navel gaze of tabloid media. The pressures of their careers and rumored family discord ended with their tragic deaths when his private plane crashed into the ocean on a hazy summer night off the coast of Massachusetts.  Ryan Murphy, Brad Falchuk, Nina Jacobson, Brad Simpson and Alexis Martin Woodall are Executive Producers of American Love Story.

Studio 54: American Crime Story is currently in development as the potential fourth installment of the award-winning hit limited series franchise, American Crime Story. The story tells the saga of Steve Rubell and Ian Schrager who in 1977 turned their midtown Manhattan disco into an international mecca of nightlife for the rich and famous and commoners alike - renowned for its lavish parties, music, sex and drugs. With Rubell and Schrager's meteoric rise came their epic fall less than three years later when the impresarios were convicted of tax fraud.

The third and next installment of ACS, Impeachment: American Crime Story, premieres on Tuesday, September 7 at 10:00 p.m. E/P on FX. Impeachment: American Crime Story is a limited series examining the national crisis that led to the first impeachment of a U.S. President in over a century. It tells this story through the eyes of the women at the center of the events: Monica Lewinsky (Beanie Feldstein), Linda Tripp (Sarah Paulson) and Paula Jones (Annaleigh Ashford). All three were thrust into the public spotlight during a time of corrosive partisan rancor, shifting sexual politics and a changing media landscape. The series shows how power lifts some and disposes of others in the halls of our most sacred institutions.

True crime anthology series with each season centering on a different real-life crime. Impeachment: American Crime Story – The Third Installment in the Award-Winning Franchise Premieres with the First Two of Its 10 Episodes on Tuesday, September 7 at 10 p.m. ET/PT on FX

Written by Sarah Burgess, Impeachment: American Crime Story unravels the national crisis that swept up Paula Jones, Monica Lewinsky and Linda Tripp as principal characters in the country’s first impeachment proceedings in over a century.

How do you feel about this latest American Crime Story news? Share your thoughts with us in the comments below and don’t forget to stay tuned for all the renew/cancel 2021-2022 and beyond news!