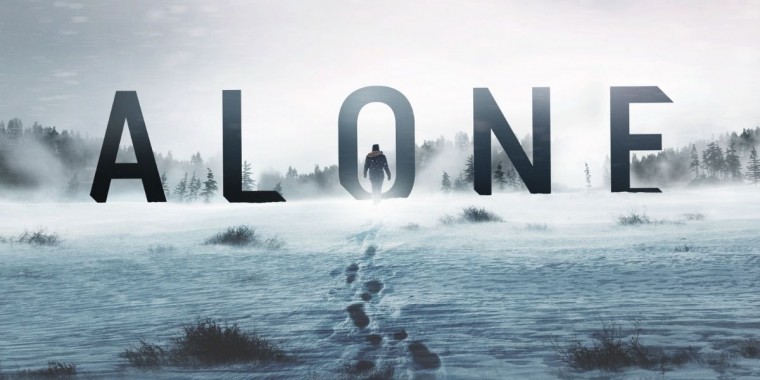 New York, NY - May 6, 2021 - The HISTORY(R) Channel's popular nonfiction survival series "Alone" returns for season eight on Thursday, June 3 at 9:30PM ET/PT. This season, ten contestants fight to survive in the Canadian wilderness on the shores of Chilko Lake, British Columbia - a location with one of the densest grizzly bear populations on earth. Survivalists are dropped off in undisclosed, remote locations and equipped with just ten survival tools, and enough camera gear to self-document their experiences. The survivalist who endures the longest, facing total isolation, punishing weather, and deadly predators, will win the $500,000 grand prize. No camera crews. No gimmicks. "Alone" is the ultimate test of human will.

"'Alone' has always been a hit series for The HISTORY Channel, but this past year it has particularly resonated with audiences now-more-than-ever as we've watched survivalists endure total isolation through their ingenuity and mental willpower," said Eli Lehrer, Executive Vice President and Head of Programming for The HISTORY Channel. "This new season will continue to authentically feature the grit of human endurance and challenge viewers to look at the outdoors - and their own backyards - a bit differently."

Season eight of "Alone" sets the stakes higher than ever before in the most dangerous location yet. Survivalists must build their own shelters, forage their own food, and overcome numerous obstacles and dangerous predators in hopes of being the last person standing. Never before have contestants come into such frequent contact with the fierce and territorial grizzly bear, until now.

A+E Networks holds worldwide distribution rights for both the series and the format for "Alone."

Equipped only with limited gear, their wilderness experience, and cameras to self-document their journeys, these brave men and women are completely separated from one another in harsh, unforgiving terrain. Thousands of miles away from home, the survivalists are unaware of when others tap out, increasing the pressure. To survive, they must find food and water, build shelters and fend off predators. They will face extreme isolation, psychological distress, and treacherous environmental conditions as they descend into the unknown. In the most dangerous season yet, the harsh conditions of Patagonia force the urgent medical evacuation of many individuals throughout the season.

How do you feel about this latest Alone news? Share your thoughts with us in the comments below and don’t forget to stay tuned for all the renew/cancel 2021-2022 and beyond news!