Home | Cancellations & Renewals | All of Us Are Dead Renewed For Season 2 By Netflix! 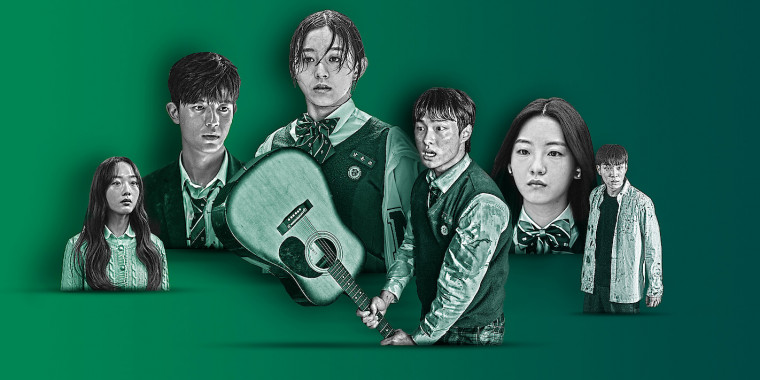 Can we meet the survivors of Hyosan High again? YES we can!

All of us are dead is returning for Season 2

Is everyone really dead? Netflix today confirms that the hit zombie horror series,All of Us Are Dead, is coming back to life for a second season.

The first season, which follows a group of students fighting for their lives after a zombie outbreak in their high school, topped Netflix charts around the world, and remains one of two Korean shows – after Squid Game – in Netflix’s Top 10 most popular non-English TV shows.

After its premiere, All of Us Are Dead shot straight into the top 10 most watched non-English TV series in a staggering 91 countries, and stayed there for two consecutive weeks. It also drew 361.02 million viewing hours in its first 10 days, with members kept on the edge of their seats rooting for the Hyosan High juniors over the 12 episodes.

When Season 1 ended, it left room for endless possibilities. For now, all of us are waiting to see how Season 2 will unfold.

About All of Us Are Dead TV Show

SEOUL, April 13, 2020 - Netflix Inc., the world’s leading streaming entertainment service, announced that it will team up with director Lee JQ (Beethoven Virus, Damo: The Legendary Police Woman, Intimate Strangers) to produce a new Netflix original series All of Us Are Dead.

All of Us Are Dead is about a group of high school students who are faced with an extreme crisis situation when they become trapped in their school, while a zombie virus spreads like a wildfire. It’s based on the chart-topping Korean webtoon called Now at Our School (literal translation of its Korean title, 지금 우리 학교는), which has been also well received in Indonesia, Thailand and Taiwan.

Following in the footsteps of the popular Netflix original series Kingdom, All of Us Are Dead is poised to write an exciting new chapter in the Korean zombie genre, as director Lee brings fresh energy through the solid narrative and the attention-grabbing cinematography he is well known for.

All of Us Are Dead is written by Chun Sung-il, and directed by Lee JQ and Kim Nam-su. It will be produced by JTBC Studios in association with Film Monster, and will premiere worldwide, only on Netflix.

How do you feel about this latest All of Us Are Dead news? Share your thoughts with us in the comments below and don’t forget to stay tuned for all the renew/cancel 2021-2022 and beyond news!