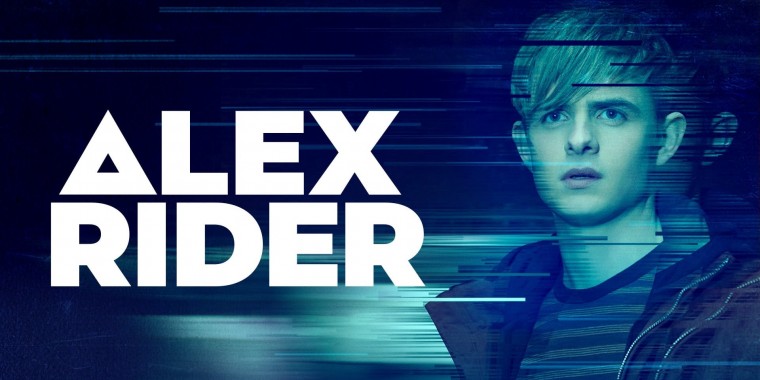 Pickup Precedes Season One Premieres in the U.S., Canada, Italy and Latin America

LOS ANGELES (Nov. 10, 2020) – IMDb TV, Amazon’s free streaming service, and Amazon Prime Video announced today that it has renewed the spy thriller series Alex Rider for a second season. The next season will be based on Eagle Strike, the fourth novel in the best-selling Alex Rider franchise, and will stream exclusively on IMDb TV in the U.S., and Prime Video in Australia, Canada, Italy, Germany, Latin America, New Zealand and the U.K.

Produced by Eleventh Hour Films and Sony Pictures Television, the series stars Otto Farrant as Alex Rider, a London based teenager who has unknowingly been trained since childhood for the dangerous world of espionage.

Executive Producer and franchise author Anthony Horowitz, said “I couldn’t be happier with the response to season one of Alex Rider and I’m thrilled that the adventure is going to continue with Eagle Strike, one of my favourite stories.”

“As U.S. audiences discover the escapist adventure that is Alex Rider season one, there is no better time to confirm the thrilling story will absolutely continue with a second season,” said Lauren Anderson and Ryan Pirozzi, Co-Heads of Content and Programming for IMDb TV. “We are proud that our first Original series since aligning under Amazon Studios features this special character, enviable cast and the dynamic material originated by Anthony and brought to a streaming audience by Guy, Sony and the team at Eleventh Hour.”

“The first incredible season of Alex Rider has resonated brilliantly with Prime members because of its mix of suspense, entertainment and drama,” said Brad Beale Vice President, Worldwide Content Acquisition for Prime Video. “We can’t wait for our customers to see what is to come in the next action-packed season, available exclusively on Prime Video in the UK, Italy, Germany, Australia, Canada and Latin America.”

Wayne Garvie, President, International Production, Sony Pictures Television, said “We’re thrilled that audiences in over 100 global territories connected with Alex Rider so enthusiastically since it launched on Amazon Prime Video in the UK this summer. Escapism and entertainment have never been more important than they are this year, and I know that what Anthony and the team at Eleventh Hour have planned for Eagle Strike will keep everyone on the edge of their seats.”

As with Alex Rider season one, Anthony Horowitz, the author of the book franchise, will serve as an Executive Producer alongside Jill Green, Eve Gutierrez, and series writer Guy Burt.

Today, IMDb TV, Amazon's premium free streaming service, revealed a first-look teaser for the second season of the fan-favorite spy series Alex Rider, which will be available to stream exclusively on the service starting Friday, December 3, in the U.S. and UK.

Produced by Eleventh Hour Films, Alex Rider is a spy-thriller series based on the popular book franchise written by Anthony Horowitz, which has sold more than 20 million copies worldwide. The series follows Alex, a London-based teenager who has unknowingly been trained since childhood for the dangerous world of espionage.

"After the success of Season One, I'm thrilled that we've been able to reassemble our fantastic cast for this second, action-packed adventure... with the added bonus of Toby Stephens in a key role," said Anthony Horowitz, author of the Alex Rider franchise.

In Season Two, Alex is still reeling from the traumatic events at Point Blanc, and desperately wants to return to a normal life. But when his new friend Sabina's father, journalist Ed Pleasance, is attacked by Yassen Gregorovich, the man who may have killed his uncle, Alex reluctantly finds himself drawn back into the world of international espionage. Cut loose from his one-time allies within shadowy MI6 division The Department, Alex discovers a link between Ed, a dangerous hacker known as Smoking Mirror, and tech billionaire Damian Cray. With the help of his guardian Jack and trusted friend Tom, Alex must unravel a sinister political plot with global repercussions, the answer to which may be locked within Cray's latest product, the global phenomenon video game Feathered Serpent. This season is based on the fourth book in the franchise, Eagle Strike.

The second season of Alex Rider will also stream exclusively as an Amazon Original on Prime Video in Australia, Canada, Italy, Germany, and Latin America on December 3.

When Alex Rider learns that his uncle Ian has been killed in the line of duty as a British spy – and not in a car accident like he’s been told – everything changes for this otherwise normal teen. He is approached by Alan Blunt, head of a shadowy offshoot of MI6 known as The Department, who reveals that Alex has been unknowingly trained since childhood for the dangerous world of espionage. Pressured to help investigate his uncle’s death – and how it connects to the assassination of two high-profile billionaires – Alex reluctantly assumes a new identity and goes undercover in a remote boarding school called Point Blanc. Isolated far above the snowline in the French Alps, Point Blanc claims to set the troubled teenage children of the ultra-rich back onto the right track. But as he digs deeper, Alex discovers that the students are in fact the subjects of a disturbing plan by the mysterious Doctor Greif – a plan which he will have to risk his life to stop.

How do you feel about this latest Alex Rider news? Share your thoughts with us in the comments below and don’t forget to stay tuned for all the renew/cancel 2021-2022 and beyond news!