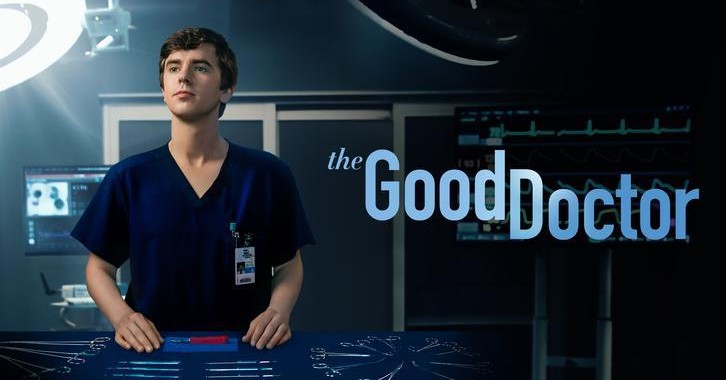 ‘For Life’ Moves Up to Fall, Premiering Nov. 18

“Our fall schedule is now complete with a dynamic lineup of new and returning drama series,” said Karey Burke, president, ABC Entertainment. “From fan-favorite shows like ‘Grey’s Anatomy’ and ‘The Good Doctor’ to David E. Kelley’s thrilling new drama ‘Big Sky,’ our strength is in our storytelling, and we could not be more energized to bring these compelling series to our viewers.”

ABC delivered the Top 2 scripted programs on Thursday in Adults 18-49 last season with dramas “Grey’s Anatomy” and “A Million Little Things” (tie) and the No. 1 scripted broadcast program on Sunday with the drama “The Rookie.” In addition, “The Good Doctor” stood as the No. 1 show in Monday’s 10 p.m. hour last season with Total Viewers. ABC ended the 2019-2020 season as the No. 1 entertainment network (tie) among Adults 18-49 and ranks as the summer’s No. 1 network (tie) for the second consecutive year.

ABC’s scripted series premiere dates are as follows (all times listed are Eastern/Pacific). New shows are in bold.

Note: “The Rookie” will be premiering later in the season.

THE GOOD DOCTOR (SEASON 4) – MONDAY, NOV. 2 (10:00-11:00 p.m.)
Dr. Shaun Murphy, a young surgeon with autism and savant syndrome, continues to use his extraordinary medical gifts at St. Bonaventure Hospital’s surgical unit. As his friendships deepen, Shaun continues to tackle the world of dating and romantic relationships and works harder than he ever has before, navigating his environment to prove to his colleagues that his talents as a surgeon will save lives. The series stars Freddie Highmore as Dr. Shaun Murphy, Antonia Thomas as Dr. Claire Browne, Hill Harper as Dr. Marcus Andrews, Richard Schiff as Dr. Aaron Glassman, Christina Chang as Dr. Audrey Lim, Fiona Gubelmann as Dr. Morgan Reznick, Will Yun Lee as Dr. Alex Park and Paige Spara as Lea Dilallo. David Shore is the executive producer and showrunner. Daniel Dae Kim, Erin Gunn, David Kim and Sebastian Lee are also executive producers. The series is from Sony Pictures Television and ABC Signature. ABC Signature is a part of Disney Television Studios, alongside 20th Television and Touchstone Television.

STATION 19 (SEASON 4) – THURSDAY, NOV. 12 (8:00-9:00 p.m.)
Having delivered its most-watched season ever, “Station 19” follows a group of heroic Seattle firefighters as they put their lives and hearts on the line. From the executive producers of “Grey’s Anatomy,” “Scandal” and “How to Get Away with Murder,” the series takes us inside the tough, tight-knit and sometimes heartbreaking world of the city’s bravest first responders. “Station 19” stars Jaina Lee Ortiz as Andy Herrera, Jason George as Ben Warren, Boris Kodjoe as Robert Sullivan, Grey Damon as Jack Gibson, Barrett Doss as Victoria Hughes, Jay Hayden as Travis Montgomery, Okieriete Onaodowan as Dean Miller, Danielle Savre as Maya Bishop and Stefania Spampinato as Carina DeLuca. Krista Vernoff serves as showrunner and executive producer. The series was created by Stacy McKee. Shonda Rhimes and Betsy Beers serve as executive producers. Paris Barclay serves as the producing director and executive producer of the series. The series is produced by ABC Signature, which is a part of Disney Television Studios, alongside 20th Television and Touchstone Television.

GREY’S ANATOMY (SEASON 17) – THURSDAY, NOV. 12 (*two-hour season premiere 9:00-11:00 p.m.)
“Grey’s Anatomy” has solidified its place in television history as the longest-running primetime medical drama ever. The highly beloved series is a cultural touchstone that continues to push boundaries with timely subject matter and characters that break the mold. “Grey’s Anatomy” follows Meredith Grey and the team of doctors at Grey Sloan Memorial, who are faced with life-or-death decisions on a daily basis. They seek comfort from one another, and at times, more than just friendship. Together they discover that neither medicine nor relationships can be defined in black and white. “Grey’s Anatomy” stars Ellen Pompeo as Meredith Grey, Chandra Wilson as Miranda Bailey, James Pickens Jr. as Richard Webber, Kevin McKidd as Owen Hunt, Jesse Williams as Jackson Avery, Caterina Scorsone as Amelia Shepherd, Camilla Luddington as Jo Wilson, Kelly McCreary as Maggie Pierce, Kim Raver as Teddy Altman, Giacomo Gianniotti as Andrew DeLuca, Greg Germann as Tom Koracick, Chris Carmack as Atticus “Link” Lincoln, Jake Borelli as Levi Schmitt, Richard Flood as Cormac Hayes and Anthony Hill as Winston Ndugu. “Grey’s Anatomy” was created and is executive produced by Shonda Rhimes. Krista Vernoff serves as showrunner and executive producer. Betsy Beers, Mark Gordon, Debbie Allen, Zoanne Clack, Andy Reaser and Meg Marinis are executive producers. The series is produced by ABC Signature, which is a part of Disney Television Studios, alongside 20th Television and Touchstone Television.

BIG SKY (SERIES PREMIERE) – TUESDAY, NOV. 17 (10:01-11:00 p.m.)
From visionary storyteller David E. Kelley (“Big Little Lies”) comes “Big Sky,” a thriller created by Kelley, who will write multiple episodes and serve as showrunner in its premiere season. Private detectives Cassie Dewell and Cody Hoyt join forces with his estranged wife and ex-cop, Jenny Hoyt, to search for two sisters who have been kidnapped by a truck driver on a remote highway in Montana. But when they discover that these are not the only girls who have disappeared in the area, they must race against the clock to stop the killer before another woman is taken. “Big Sky” stars Katheryn Winnick as Jenny Hoyt, Kylie Bunbury as Cassie Dewell, Brian Geraghty as Ronald Pergman, Dedee Pfeiffer as Denise Brisbane, Natalie Alyn Lind as Danielle Sullivan, Jade Pettyjohn as Grace Sullivan, Jesse James Keitel as Jerrie Kennedy, Valerie Mahaffey as Helen Pergman with John Carroll Lynch as Rick Legarski and Ryan Phillippe as Cody Hoyt. Based on the series of books by C.J. Box, “Big Sky” is executive produced by David E. Kelley, Ross Fineman, Matthew Gross, Paul McGuigan, C.J. Box and Gwyneth Horder-Payton, and is produced by 20th Television. 20th Television is a part of Disney Television Studios, alongside ABC Signature and Touchstone Television.

FOR LIFE (SEASON 2) – WEDNESDAY, NOV. 18 (10:00-11:00 p.m.)
Aaron Wallace’s fight continues in season two of “For Life,” as the wrongfully convicted prisoner-turned-litigator and social crusader embarks on a more personal journey. Aaron is motivated by the hope of being reunited with his family and reclaiming a life of freedom to take up the mantle against systemic injustice from outside the prison walls. With continued help from the people who supported him—his family, a wily one-time public defender, Henry Roswell, and his former prison warden, Safiya Masry—Aaron continues his battle against the very political machine that once put him away, undeservedly. Inspired by the life of Isaac Wright Jr., “For Life” continues to shine an unrelenting light upon the institutional wrongs of our penal and legal systems. “For Life” stars Nicholas Pinnock as Aaron Wallace, Indira Varma as Safiya Masry, Joy Bryant as Marie Wallace, Dorian Missick as Jamal Bishop, Tyla Harris as Jasmine Wallace and Timothy Busfield as Henry Roswell. Hank Steinberg is the creator and executive producer; Curtis “50 Cent” Jackson via G-Unit Film & Television, Doug Robinson and Alison Greenspan of Doug Robinson Productions, Isaac Wright Jr. and Russell Fine are executive producers. “For Life” is a co-production of Sony Pictures Television Inc. and ABC Signature. ABC Signature is a part of Disney Television Studios, alongside 20th Television and Touchstone Television.

A MILLION LITTLE THINGS (SEASON 3) – THURSDAY, NOV. 19 (10:01-11:00 p.m.)
Friendship isn’t a big thing. It’s a million little things. Our gang ended last season with many challenges in front of them. In season three, we’ll see our group of friends once again lean on each other in ways that are both moving and aspirational—something we could all use right now. And just when the friends seem to find their new normal, their lives are upended when, like ours, COVID-19 rocks their world. We’ll see how the topics our show depicts—depression, breast cancer, chemical dependency, domestic violence, friendship, family and love—are heightened by the challenges our world is facing right now. We’ll rediscover what our gang has always known in their hearts: With the love and support of your friends, you can get through anything. “A Million Little Things” stars David Giuntoli as Eddie Saville, Romany Malco as Rome Howard, Allison Miller as Maggie Bloom, Christina Moses as Regina Howard, Grace Park as Katherine Saville, James Roday Rodriguez as Gary Mendez, Stephanie Szostak as Delilah Dixon, Tristan Byon as Theo Saville, Lizzy Greene as Sophie Dixon and Chance Hurstfield as Danny Dixon. DJ Nash is the creator and executive producer; Aaron Kaplan, Dana Honor and David Marshall Grant are executive producers; Nina Lopez-Corrado, Terrence Coli, and Geoffrey Nauffts serve as co-executive producer on the series, from ABC Signature/Kapital Entertainment. ABC Signature is a part of Disney Television Studios, alongside 20th Television and Touchstone Television.

About The Good Doctor TV Show

How do you feel about this latest The Good Doctor news? Share your thoughts with us in the comments below and don’t forget to stay tuned for all the renew/cancel 2021-2022 and beyond news!